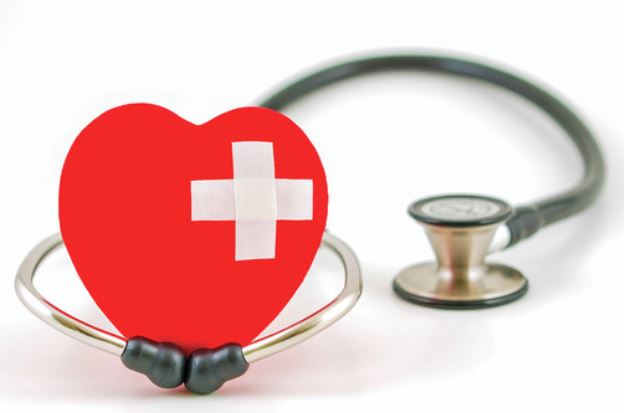 After a three-year pause due to the COVID -19 pandemic, Sharp Grossmont Hospital is bringing back its 11th Hour program where volunteers dedicate their time to sit with those who are near death, giving solace and companionship during their final hours of life, who might otherwise die alone. Hospital chaplains oversee the program, along with devoted volunteers, and the program is looking for additional volunteers to sit with patients.

“I became involved with the 11th Hour program while doing my residency, and COVID completely shut it down,” adding that he began working on bringing the program back as soon as he was hired.

Griffice said when he looked at community volunteers prior to COVID, only two came back to participate in the program. So, they began outreach to the community, inside and outside of the hospital.

“None of our patients should die alone,” he said. “We are hoping there are people willing to dedicate their time, spending time with the patients.”

“It is actually a difficult responsibility,” he said. “Four hours is a long time of presence. It is a special kind of presence where we are trying to stop and know that this time and this person matters, and how do we honor them?”

Griffice said ways they teach volunteers to honor these individuals is to collect as much information on the patient that they can find, so that volunteers have ways of connecting with the patients. He said what they look for are what music do they like, what religion they are affiliated with, and getting “their story.”

“Based on that assessment, we can come to their aide and honor them in a way that they themselves would enjoy,” he said. “Sometimes we know nothing about the patients, so it is difficult to know how to honor those patients. I had a patient who loved poetry. Spending time in silence, but also inter-mixing some poems, and honoring him that way.” “Lighting a candle and being intentional about it,” he said.

Griffice said hospital rooms are not homey, not the most comfortable, often cold and sterile, along with equipment. “Bringing electric candles in the room, adjusting the blinds. Things like that to draw attention to the fact that these are human beings. This is a person that is transitioning into the life to come.”

Griffice said this can be done with music, reading, and talking to the patient. He said sometimes, silent presence does not seem like enough.

“We need volunteers in the 11th Hour program. Not only honoring the patients, but it gives staff some sort of reprieve,” he said.

Griffice said even with patients that are incoherent, that he encourages volunteers to talk to the patient.

“I have talked with professionals and always got the same answer. Hearing is the last to go,” he said. “We as human beings do not know what that in between is like. I know when I am awake, I can feel someone enter a room. Something shifts. I always encourage them to speak to the person like they were there. There is a world that we do not see that they are in. We do not know what the interaction between the two is like but is my assumption that there is something happening that I cannot see. I want to speak to it. I want to communicate to it.”

Griffice said when this is done, he believes that “we are also communicating to ourselves.” He said when he walks into the room, he introduces himself, tells the patient where he is, what he is doing. “I think it not only soothes the person, but it soothes yourself. It grounds you to the room and puts you back in your body as you face the death and the dying,” he said. Griffith said the program is needed, as nurses have a moral distress in these situations. They have three to four patients, and although they want to sit with the patient, often cannot because of other duties.

Griffice said volunteers are trained for the program. A six hour training.

“We talk about some of these issues. We talk about how we encounter death. How we react to it. What that looks like, hospital protocols and procedures,” he said. “We try to empower our volunteers to be ‘eyes and ears.’ They will see and hear things that nurses are not often aware of…Death looks different for each and every person. So, they might see different things, physically and emotionally. We try to set them up for success in that way.”