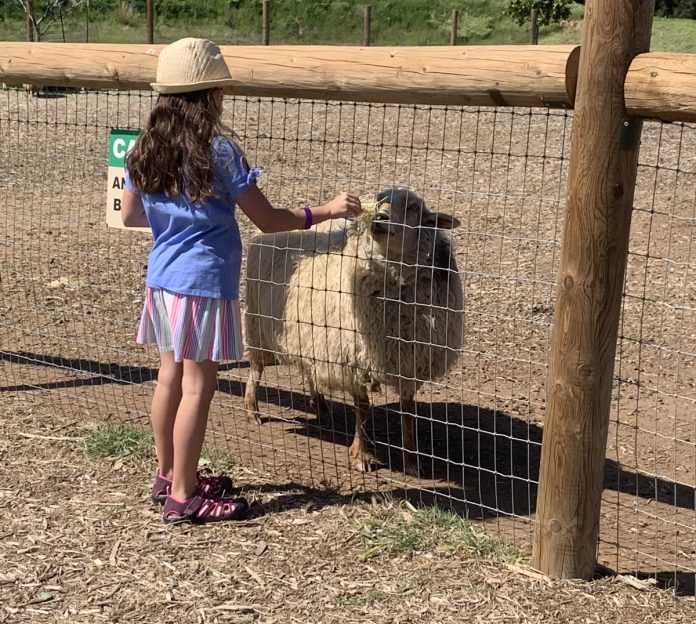 Eighteen new animals arrived at the Children’s Nature Retreat in Alpine on June 1, including two horses, two miniature goats, five Lamancha goats, one potbelly pig, six chickens and two ducks, all from different circumstances.
The retreat, a 20-acre animal sanctuary in Alpine, is now home to over 170 exotic and domesticated animals including 22 different species and 60 distinct animal breeds.
Retreat Executive Director Agnes Barrelet said it “takes a lot of preparation to be able to accept and accommodate new animals,” including building entirely new pens with this latest group of arrivals.
One miniature horse, Boots, was abandoned at a stable in Imperial Beach and can no longer be ridden due to previous leg injuries but has already proven himself friendly along with his new pasture-mate, Cash who arrived at the retreat just two weeks earlier when his owners could no longer keep him.
“We always try to prepare for the best outcome,” Barrelet said, even if it means having animals wait a bit to come live out their lives at the facility. The reasons behind why animals come to live at the retreat is not as important as making sure the animals move into a great home.
For example, to prepare for these latest arrivals, the Retreat built a new pen for the miniature cows and merged the mini-horses into a new enclosure.
“We took in 18 new animals this last few weeks but some had been waiting for a few months to come to the retreat. We saw a few families moving out of state, some having financial issues, some getting too old, some with issues with neighbors. It’s hard for those people to give up on their pets and we focus on their animals’ well being,” Barrelet said.
Typically, she said, they take in herbivores and omnivores that they know will fit in and have a great life at the facility and “if we cannot house them the way we like, we don’t do it,” focusing on whether or not the move will be a good fit for the animal.
“We don’t want to put in jeopardy the equilibrium we created in the pastures and at the retreat. If, for example, we have to build an enclosure, we ask the families if we can delay the move so we can be ready,” Barrelet said. 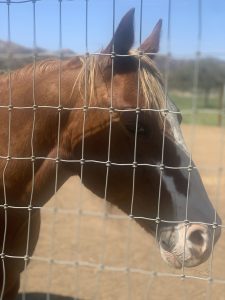 In addition to making sure the animals have a proper and comfortable home, staff at the retreat also deal with medical issues. Currently, Dolly, a nine-year-old Nigerian Dwarf goat, is undergoing cryotherapy and chemotherapy to treat cancer as well as March, a bunny who recently underwent cancer surgery.
Donations are being accepted to help fund Dolly’s veterinary visits, along with the veterinary care of March.
“Getting the word out and getting donations have been the two biggest challenges by far. We cannot sustain this place without the generosity of our community. Admissions alone are not sufficient. Just to feed our bison, Cheyenne, we spend over $500 each month,” Barrelet said.
Animal feed alone accounts for 25% of the facility’s budget and with 172 animals, there is also a push to build additional shelters and “everything costs money” Barrelet said.
Some of those costs are offset by visits, held Thursdays through Sundays with self-guided tours but they are limited to approximately 150 guests each day.
Visit www.ChildrensNatureRetreat.org for more information or to make a reservation.