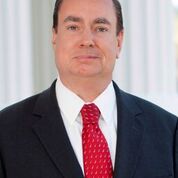 “Keeping the Peace Since 1850.” These are the words I saw inscribed on the patrol cars of the San Diego Sheriff’s Department when I recently took part in a “ride-along” out of the Rancho San Diego sub­station. After learning that some of my colleagues are working on legislation that would impact law enforce­ment’s ability to respond to reports of crimes and danger­ous situations threatening the citizens of Califor­nia, I sought out this opportunity to see first-hand how these bills could affect my constituents’ lives. As the Vice Chair of the Senate Pub­lic Safety Committee, it was important for me to fully un­derstand the direct impact of legislation that could funda­mentally change law enforce­ment practices and our public safety. During the ride along, I watched a deputy deal with what we thought was poten­tially a home invasion call. It was a nerve-wracking and uncomfortable moment for me even though I was only watching the scene from be­side the car. The deputy had to make multiple decisions in a short amount of time to judge the situation and ensure everyone’s safety. That event thankfully concluded without incident, but during our time in the patrol car together that evening, the deputy described to me some of the tense situ­ations he’s been through and how his department’s train­ings guided his decision mak­ing in the moment. I know how seriously he and his brothers and sisters in law enforcement take their mission to ensure the safety and security of our communities.

San Diego County has seen recent high profile cases of officer-involved shootings that, like with other incidents across the country heavily covered by the media, have brought up heated contro­versy over policing methods. No one ever wants to see a life lost. However, one heavily debated bill from this year’s legislative ses­sion would only have put more lives at risk and frayed the relationship between law enforcement and the communities they were sworn in to serve.

Assembly Bill 931 sought to change the long standing precedents for judging an of­ficer’s use of deadly force. The bill’s exact language changed many times but every version would have made it easier to hold officers criminally liable for their actions based on an analysis of their split-second decision making in unimagin­ably terrifying situations.

Although it was announced in the final days of the 2018 legislative session that the bill would be shelved until next year, AB 931 would have expressly forbade the use of deadly force except when “such force is necessary to de­fend against a threat of immi­nent death or serious bodily injury to the officer or to an­other person.” With the le­galistic definitions of “deadly force,” “necessary,” and “threat of imminent death or serious bodily injury” contained in the bill, it’s hard for me to see how an officer could possibly pos­sess the required clairvoyance to know whether or not their heat of the moment actions will meet the standards of the bill.

As a result of such a proposed law, police officers likely would become more hesitant in engag­ing dangerous criminals as they would have to take the time to assess and engage in the bill’s prescribed risk de-escalation methods, despite what their common sense and training may tell them about a specific situation, or risk administrative review, lawsuit or even a crimi­nal trial.

As with most hot button leg­islative issues in California, the devil is in the details. I stand with law enforcement leaders who opposed this bill but re­main committed to tackling the difficult issue of deadly use of force incidents, and share the goal to prevent these tragedies to the extent possible. Because they are serious about wanting to improve policing standards in this state and help save lives, the California Police Chiefs Asso­ciation has proposed statewide use-of-force standards based on those used by law enforcement in the diverse communities of Seattle and San Francisco. It’s unfortunate that the legislature did not act this year on that pro­posal, as it would have made Cal­ifornia the leader for the nation for comprehensive and robust use-of-force policies in every po­lice department across the state.

We all want to see fewer lost lives, but AB 931 was not the right solution and I’m relieved it did not move forward this year. Ultimately, it would have cost more lives and made Cali­fornians less safe. Although I’m termed out of the Senate this year, I encourage you to follow this issue during next year’s leg­islative session as it is critically important for the safety of our state.

Collaboration is key to success