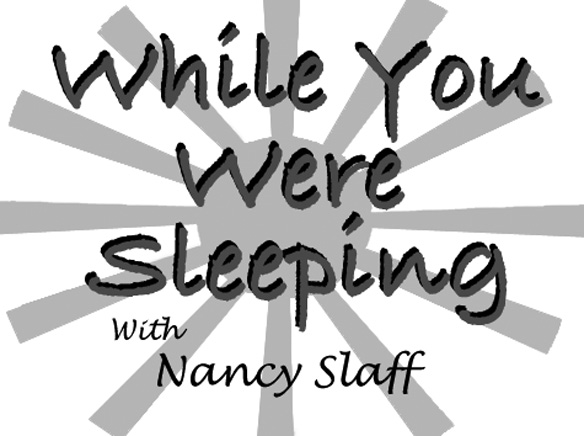 Of course this leads to political semantics.  A Democrat representative is not necessarily “democratic”. A Republican may or may not be for a “republic”.  Most Americans don’t know the difference. Common sense and Proverbs reminds us to know a person by their actions…not their words. But how can we be sure if we don’t pay attention?

Regarding “semantics”…Senator John Kerry is pushing a United Nations agenda called the United Nations Committee on Rights of Persons with Disability (UNCRPD), he wants settled by July 26th, 2012.  This Administration says if ratified, it will assist disabled Americans who travel over seas, and (that) ratifying a treaty does not require the U.S. to comply with international law.  No matter how compassionate the name of the treaty, this information is misleading.  Treaties form a part of the Supreme Law of the Land once ratified.  Article 7 of the UNCRPD gives governments the ability to override every decision of a parent of a disabled child if the government thinks that its views are in “the best interest of the child.”  Some fear this language will ultimately “morph” into other treaties that would take away parental rights of non-disabled children, too.

Advertising that gasoline produced from ethanol (sugar cane) is beneficial to American consumers fails to say where the sugar cane comes from. Americans buying gasoline here are enhancing the economy of Brazil.

“Migrant” workers create a scenario of folks harvesting the fields. Perhaps a misconception tying migrant-to-agriculture began years ago due to the Bracero program. Even then “Bracero’s” brought here legally did not always stay in the fields, thus the end of the program.  In addition to the Congressional H1B and H2B visas for “high tech”, the Secretary of Labor makes agreements with a multitude of other nations including El Salvador, Honduras and India for the protection of migrant workers brought here legally and also arriving illegally. Migrant, in this case, can mean any form of employment.

Redistribution of wealth/downsizing America is a concept touted by members of the Council on Foreign Relations, as well as other global entities, to help equalize global economy.

The United Nations Law of the Sea Treaty is not receiving a lot of publicity, and will impact many nations – certainly ours – in a restrictive way.  Perhaps this is why it is not receiving a lot of publicity. While the Bush Administration was able to keep it inactive, the Obama Administration seems to be supporting it. In addition, the UN proposed “world gun ban” has reached California – incrementally; certainly through the U.N. Arms Trade Treaty which will create an international gun registry.

Our Constitution gives the people rights, but the United Nations can manipulate a nation’s constitution through agreements such as Agenda 21 that now reaches San Diego, Ca. purportedly creating communities that look alike, think alike and preserve the environment. A growing number of folks around the world – those who set policy – seldom think of nations as sovereign; just a conglomeration of people living on various continents, upon which some products may be obtained for the rest of the world.

American policy may be dictated by global leaders in some subtle way, through meetings in places around the world such as Isla de Santa Marguerita near Venezuela. Those who have a say in all this are wealthy.  “Wealth” is not limited to one political party or country.  Considerable wealth can be found in the Middle East, Europe, Asia and the African continent.  There is no such thing as 1% of American people having the wealth.  One percent having world power is more applicable.

In this election year, it could be that too many people do not understand the fact that all government employees – elected and unelected – are paid for by the dwindling working class. In desperation, we are already dependant on communist governments to help fund our lifestyle. And more demeaning, we had to pay a communist government in order to hitch a ride to the International Space Station.

One years tax increase on the wealthy (combined) will help get the government through, perhaps, two days of spending.  While in 2013 the capital gain tax will rise, so will home sellers tax.  Attached to the Affordable HealthCare Act (Obamacare) is a requirement to pay an additional 3 ½ percent sales tax on the selling price of their home.

Our world is very small. There is no where else to go – no new lands to explore by raft, galleon or horseback. It is important to sort out the facts, not just take face value.  Many, if not most of our elected representatives have our nations best interest at heart. But we will know them by what they do – not what they say.

Each day we encounter some type of stop light – a moment needed to think.  Pay attention for your welfare and those dependant on you.