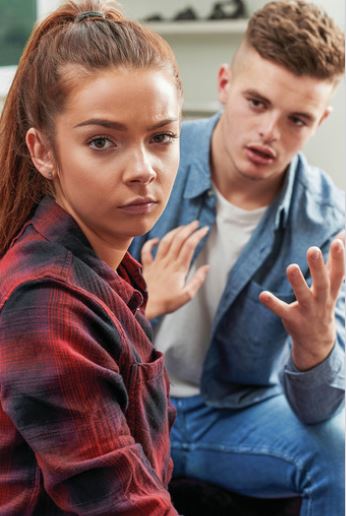 For the first time, the San Diego County Administration Center Building on Feb. 7 glowed orange at dusk to bring awareness to the effects of teen dating violence. The San Diego Domestic Violence Council determined that one in three teens who have been in a relationship experienced physical, emotional, or sexual abuse.

Recently, the Gabby Petito and Brian Laundrie case brought national attention when Gabby, 22, was strangled to death by her fiancé during their road trip across the country.

Clark said the Gabby Petito case was relevant as the young couple in that case began dating in high school.

“We agree we need to focus earlier,” she said. “You do not want to wait until it becomes a tragic death. We want to focus younger and younger because the patterns of behavior can be changed. If we teach teens how to have healthy relationships, they will not develop those long-standing patterns of manipulation and in-control.”

Canseco works with the Community Resource Center as its Domestic Violence Education and Prevention Specialist. He said the TDVC focuses on providing resources, intervention, and prevention for teens. He said the TDVC is partnered with different organizations and professions in San Diego.

“We bring education and resources to our communities and schools about teen dating violence and healthy relationships,” he said. “For schools, we bring curriculums. We have several curriculums. For example, we have a seven, one-hour sessions that can be divided to once or twice a week depending on the school. Sometimes schools only want one hour, so we can do that too.”

“We bring this education to youth, so youth can be aware,’ he said. “We do not want to tell the teens about the violence and how bad it is, but we want to teach them the awareness of healthy relationships and how we all can practice it. If we can teach teens about health relationships, such as respect, boundaries, communication, at an early age, they are more likely to grow up practicing healthy relationships with any person they may come in contact with. Whether it is an intimate partner or their friends.”

He said the goal is teaching healthy relationships with partners, friends, family, and even future bosses and coworkers.

“By teaching them about healthy relationships, we can help prevent violence before it happens,” he said.

He said as a committee it does prevention and intervention, but with intervention, the violence has already happened, and they need to figure out what resources will help that teen.

Clark said nearly half of students that experience dating violence say that some of that abuse took place on school grounds.

“It is very important that we work with our schools,” she said. “We had an event where we had 105 attendees hosted by the San Diego County Office of Education, a great partner on our committee in bringing that awareness to school staff, teachers, counselors, coaches, administrators so that they can recognize the effects that they may see in the classroom, and then knowing how to sit with that student and start a conversation where we are listening with empathy, validating their experience and not interpreting it, and guiding them to resources that can provide them with more direct services.”

Clark said the first demographic for intimate partner violence are young people, ages 16 to 24 at the highest risk.

“Think about how scary that is,” she said. “Because they are also not necessarily experienced at relationships starting at 16. It is disproportionately a young person’s problem. The other group that is disproportionate is the LGBTQIA+ community. Rates of teen dating violence in that demographic are two or three times higher than other students. That is a well-documented and researched trend.”

Clark said that for teens, access through texting, is the best way for teens who are concerned, or in trouble to utilize. She said they recommend texting LOVEIS to 22522, the text line for Love is Respect. She said another one monitored 24/7 is specific for victims of sexual assault, go to rainn.org and access its chat line.

Canseco said Love is Respect is a national organization and that the people that work there are young college students trained in domestic and teen dating violence.

“So, young people are trained to help young people with violence,” he said. “The point of that is not to have adults who cannot relate with them. So, they train young college students so that they can talk to them about questions they may have. The youth can ask any question they may have. They can text or chat and talk to them about anything. It is one of the best resources that we have.”

Clark said that a youth reporting a crime is as personal as the individual and an extremely big decision to open a police report.

“I think that decision is best made in getting some counseling, so rather than always recommend a police report, I would always recommend counseling first. But it is worth mentioning that the San Diego Police Department’s Sex Crimes Unit is one of the best in the country. They have had time to be established. They are extremely well trained. I have nothing but respect for them. But it is still a very personal decision because only the victim knows if they can stand up through the process. Someone advising them is critical.”

Clark said another resource site is JoinOneLove.org which has the best description of behaviors that are abusive.

“They have the 10 Signs of an Unhealthy Relationship,” she said. “and then the counter that with the 10 Signs of a Healthy Relationships. They have beautiful educational materials. A family founded that organization out of Maryland, who lost their daughter [Yeardley Love] to dating violence while at the University of Virginia. Brutally beaten to death by her ex-boyfriend, just three weeks before her graduation. And they began this foundation, and their focus is education.”

Clark said the one thing that adults many times misunderstands is how much damage can be done in a relationship occurring between such young people.

“Someone who has been physically or sexually abused, 50% of those young people will attempt suicide,” she said. “The damage is extremely severe. Just because they are young does not mean that the effects will not run deep.”

Canseco said oftentimes, parents can minimize the feelings of teenagers.

“They might say they are young, and they do not know what they are doing,” he said. “I tell parents that their feelings are the exact same feelings that we have as adults. Yes, they might not keep dating that person, or marry them, or they may have several relationships later, but their feelings are the same feelings that we have as adults. If they are getting hurt, that has lifetime consequences. So, some parents do not do much about it. They do not have that conversation. That is what we do. We encourage parents to talk to their youth about dating and relationships. Research shows that many parents cannot recognize the signs of teen dating violence and that is something that needs to be highlighted.” 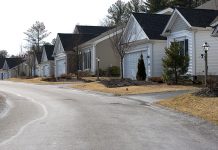