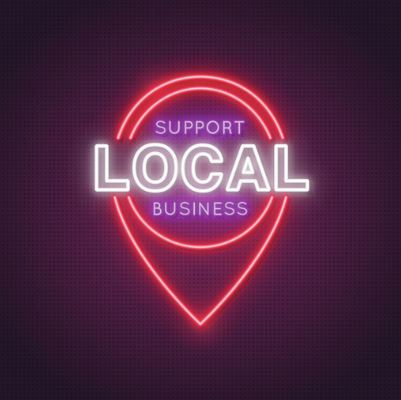 San Diego Department of Health and Human services shows that more than 50% of East County residents have now been vaccinated against COVID-19, indicating it is in the beginning stages of post-pandemic recovery. What does the local business community have to say about a potential return to pre-pandemic normalcy?

Alpine Social restaurant owners Ronnie and Lauren Boyer, who opened just as the pandemic hit, said a big challenge for local business owners is the simple fact that Alpine has no localized government to advocate for them.

“The biggest help we could get would be government officials com­ing out and telling people to trust local businesses and their cleanliness standards, and support us. It’s hard in Alpine because we don’t have a localized government. We’re not El Cajon with a mayor. We pretty much have no chamber of commerce, Congressman Issa doesn’t care about Alpine, we don’t have a city council, we don’t have anyone. The community as a whole is willing to help each other out but we don’t have someone centrally to advocate or start the momentum,” Ronnie Boyer said.

His wife and restaurant co-owner Lauren Boyer said they are also finding it challenging to hire additional help to fuel growth when po­tential employees earn more on unemployment.

“We’ve desperately been wanting someone else so we can expand our hours and build up our business. We’ve been trying to hire an ad­ditional cook for six months but why would someone want to go out and get a job if they’re making more at home,” she asked.

She knows of at least one local business offering financial incentives for entry-level dishwashers simply to stay on for three months after being newly hired. Beyond her frustration with the situation as a local business owner, she is worried the real issue is going to emerge as a national crisis where consumers feel the brunt of inflation driven by higher wages and end up spending less at local businesses.

“Everyone I’ve talked to in hospitality is having trouble. I’m anticipat­ing that once the additional monies for unemployment run out, we’re going to see a difference in that employment situation,” Clark said.

Meanwhile, Alpine Ace Hardware Manager Tim Mathews said that same problem— lack of employees— is something that has the sec­ondary effect of diminishing product availability.

“My biggest problem is lack of product. I’m still below 80% of prod­uct and each week, there’s about $20,000 worth of product that isn’t available in store,” Mathews said, because there are not enough de­livery drivers to get stock into stores. That missing stock, he said, equates to lost sales.

East County Chamber of Commerce President Rick Wilson said businesses all over the area are having trouble hiring new employees as well as experiencing difficulty getting employees who were tem­porarily laid off during the pandemic to come back to work. People will likely return to work, he said as “all the money that has been ap­proved gets out there,” aid packages run dry and people feel a return to normalcy.

In the meantime, he said, businesses all over east county need something of a multiplying effect as people begin to live a more public life again.

“I would say as things start to open up and as outdoor activities hap­pen, depending on how people’s financial situations are, people will be going out for entertainment; getting back out and stimulating the economy while having fun with families will get people rolling again. We need to build on that vibe, get that sense of excitement going and from there, things will start to build and snowball into more pic­nics or going out to eat or going to a movie,” Wilson said.

Mathews said the types of pur­chases customers make gives clues as to how they’re approaching the summer.

“Last year at this time, everyone was buying seeds, planting gar­dens. That’s slowed down some and we’re still seeing people do­ing their own planting but not in the same manner as last year,” Mathews said.

Predictably, he said, a shortage of glass canning jars followed as new gardeners took to preserv­ing their harvests. Mathews said almost the same thing, described how he cannot keep canning jars in stock at the local hardware store.

“Everyone at home thought the world was coming to an end and now we have no canning jars, Ball has been out for almost a year,” Mathews said.

The unspoken connection: if families are still growing their own food and living off preserves, stay­ing at home after a year of devel­oping new habits, what does that mean for Wilson’s hope to see more people eating out and how will small business owners like the Boyers keep their doors open?

Part of the answer lies in Wil­son’s observation that “many businesses learned how to pivot because there is no guidebook for how to run a business during a pan­demic” including restaurants add­ing in pickup and delivery services.

“We need people to know it is safe to go out but if you don’t feel safe coming inside to eat then please do takeout. All of us in Alpine are doing curbside services, trying to keep going,” Lauren Boyer said.

Alpine Sun Massage owner Au­tumn Roulan summed up the past year as being more about survival than success.

“The fact that we made it, that we survived is pretty good.” 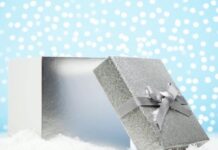