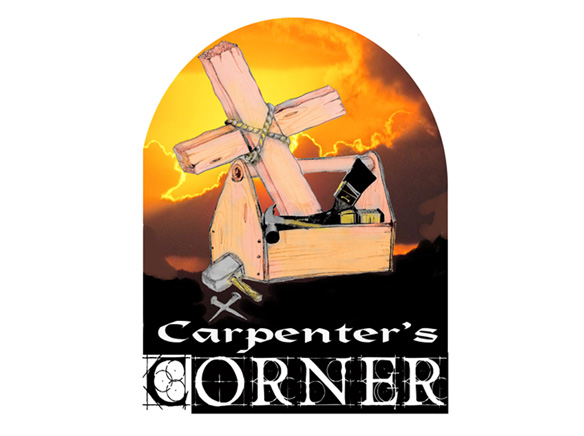 The portrait hung on the north wall of the great hall. The image that was preserved was a commanding presence that filled up the ancient stone wall almost completely. It truly was a beautiful representa­tion of a king. The artist had demonstrated incredible skill in capturing his subject’s spirit on a rough canvass while only using his imagination, five colored tubes of oils and a palette knife.

The king’s emotions, thoughts and feelings had been captured and transported through time miraculously sur­viving the sunlight’s intense destructive fury. It was evident that he must have been as large in life as he now appeared on the picture that hung on the wall.

Who was this king of glory, who stood so majestically, dressed in a long white robe with a golden band around his chest? He was clutching in his arms a bewildered little lamb whose long lanky legs dangled from his grasp. The lost lamb had been rescued from a pack of hungry wolves that could still be seen lurking in the background.

I wanted to know this King, to understand why he was stand­ing there holding that helpless little lamb. Was he some kind of shepherd-king who left his pal­ace in search of his lost sheep? His pleasant smile called to me as I felt the need to talk to him and hear his soft caring voice.

As I stood there admiring his portrait I found myself longing to be returned through time to the day that the portrait depict­ed, to sit nearby, at the master’s feet, under the shade of a large tree and observe this one mo­ment in time. I wondered if he would care for me in the same way that he held that lamb so close to his heart.

It made me consider why this king had left the lavishness of his palace to roam the hills and valleys looking for lost sheep? The robe he wore hung down to his bare feet, white and looked pure as the driven snow. His head and hair were also white and his bare skin was like glim­mering bronze in the midday sunlight. He had a golden band around his chest which made him a priest. So who is this shepherd-king who was also a high priest?

I can only imagine when he spoke his voice was powerful like the sound of mighty wa­ters. With His voice he spoke the universe into existence, raised the dead back to life and called to faithful to himself. His countenance was like the sun shining in all its glory! So bright and full of light that I couldn’t even gaze at him for very long.

This kind king healed the sick, too. He restored the sight of the blind, made the lame to walk and cast out demons who came to torment their victims. He was a great physician, a loving shepherd, a king and a servant to all. He promised that he would one day return for his bride and so here we wait mak­ing ourselves ready for his im­minent appearance.

So who is this King of Glory? His name is Jesus! There is no sweeter name in all the earth. The mountains tremble at His name and the seas roar at his command. He causes the sun to shine and allows moon to stay in a perfect orbit. He designed the earth to tilt, wobble bringing the four seasons for our enjoy­ment. He causes the rain to fall on both the righteous and the wicked.

Suddenly, I was returned back to the great hall where I had been admiring the portrait of this magnificent king. Where had I gone, how long had I been absent I did not know. Slowly my consciousness returned to me and I returned my gaze to the shepherd-king hanging on the wall and remembered something about him while I was gone.

He was Joseph’s son and he was born in the town in Beth­lehem. He grew up in Nazareth and walked the hill country around the great inland sea of Galilee. He was born of a vir­gin and was the Son of God. He was without sin; his blood was pure and was not under the curse from Eden. He willingly allowed himself to be crucified so that you and I could one day be free. His name is Jesus.