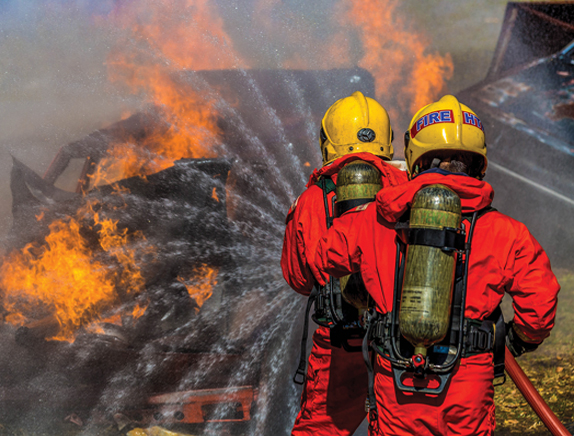 Fire insurance costs and coverage, since the West Fire and other wildfires in California, have affected Alpine residents.
Jolene Hilldebrand, who lives in the Alpine Mobile Home Estates, said her home was not destroyed but her family was displaced.
Hilldebrand said some homeowners she knows of lost their coverage.
“A lot of people were dropped off their fire insurance,” she said. Hilldebrand says her insurance has rates have not gone up.
Insurance agent and owner of a Farmers Insurance Agency in Alpine, Robert “Bob” Soto, offered up his experiences as an agent and part of what is happening in the fire insurance industry.
“I’m getting five-ten calls a week, or people are coming into my office to see if we’ll write a policy because they are getting cancelled by others or they still have it but are being dropped.”
“Fires are always on our mind out here,” said Soto.
“Due to the catastrophic fires, including the West, Lilac, and Napa fires – all prices have gone up,” he said. “There has been a shortage of labor and material to rebuild,” which he says effects all home rebuilding.
“Everybody’s home is being re-evaluated,” Soto said.
Soto explained some of the factors that affect fire insurance costs.
1. Road access (for being able to exit a fire)
2. Proximity to the fire department
3. Proximity to a fire hydrant
4. And the slope of a home (fire behaves differently on a slope)
Homeowners effected by wildfires are starting to learn about the California Fair Plan, an insurance association that offers coverage to high-risk homeowners who have trouble obtaining coverage. Frustrations with the process show up, anonymously, on postings.
“It is somewhat of a hassle, you have to show at least three declinations…” wrote one online observer.
The west fire also impacted Soto. He had four clients effected by the West Fire. Others relayed what how their rates have changed to him.
“I’ve heard people get quotes of $4,000- 6,000, that used to be $2,000-$3,000,” he said.