The U.S. economy shed 353,000 jobs in April in the household survey compiled by the Bureau of Labor Statistics (BLS). This came a month after the first quarter ended with the economy contracting 1.4 percent on an inflation adjusted basis, according to data compiled by the Bureau of Economic Analysis (BEA). If it contracts again in the second quarter, that will be a technical recession, just two years after the 2020 Covid recession. So, how might we know we’re in a recession before the BEA publishes its next report? Look again at those jobs numbers from BLS. There have been 12 recessions since 1948. In every single recession in modern history, there were at least two consecutive months of jobs losses in the household survey. Every single one of them. There was also 1962 and 1965, two years where there were consecutive monthly declines in the number of people with jobs but that did not produce a recession. But, 12 out of 14, that’s an 85 percent rate of cases with consecutive monthly jobs losses definitely occurring during a recession. So, while it is not determinative, if the next jobs report again shows a monthly decline in the number of people with jobs in the household survey, one begins to approach near certainty that we’re already in a recession. Another recession indicator to pay attention to is the spread between 10-year treasuries and 2-year treasuries, which has already inverted. When that happens, in modern economic history, a recession tends to happen on average about 14 months later. Sometimes sooner, sometimes later. Which, by the way, sooner might be President Joe Biden’s best case scenario politically. Why? Gerald Ford and Jimmy Carter were two consecutive one-term presidents who were hampered by high inflation and recessions in 1974 and 1975 and 1980, respectively, or George H.W. Bush who faced the same problems in 1990 and 1991, leading to all of their respective reelection losses in 1976, 1980 and 1992. In each case, the recession came too close to the presidential reelection cycle — and voters remembered. Donald Trump was similarly a one-term president who faced a massive recession via Covid in 2020. On the other hand, Ronald Reagan had a terrible recession, too, in 1982 during the Congressional midterms. But by 1984, the economy was already fully recovering, inflation was falling and Reagan went on to defeat Walter Mondale in a 49-state landslide. Which, makes all the sense in the world. The American people, when it comes to presidents, have a “What have you done for me lately?” attitude. They can and will forgive a recession, but they had better see improvement when the incumbent is standing for reelection. The real question for Biden whether the recession does anything to alleviate the supply chain crisis and long-term inflation. The most toxic combination might be a recession in 2022, which harms Congressional Democrats, but then you still have high inflation, leading to more economic overheating in 2023 and even if one does not see another recession by 2024, politically the damage will have already been done as the American people say “Here we go again.” Meaning, if Biden does not solve inflation now, the American people may solve it for him later. Romano is the Vice President of Public Policy at Americans for Limited Government Foundation. 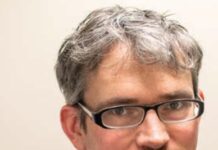 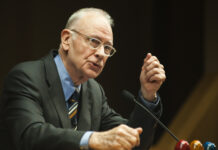