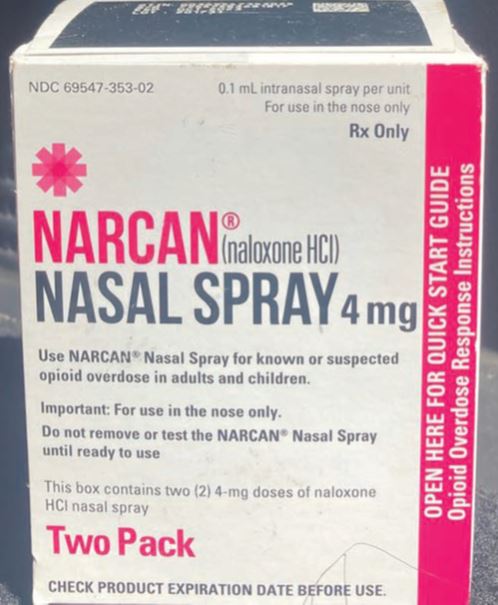 San Diego County Department of Health and Human Services announced July 28 they will install 12 naloxone vending machines throughout the region by next summer, six of which are scheduled to go up by the end of 2022.

Naloxone, also known as Narcan is a medication used to reverse opioid overdoses and potentially prevent death by restoring normal breathing. It can prevent death by overdose if used quickly and followed by medical treatment.

San Diego County Chief Population Officer Nicole Esposito said the medication is a proven life saver in overdose situations and getting naloxone into the hands of community members is vital for saving lives that might otherwise be lost to overdose.

The machines will be fitted with a device which requires a code or pin number for use, assigned after someone completes basic training on how to use the naloxone on someone they believe is overdosing.

Registration and use will be anonymous and free of charge.

Harm Reduction Coalition of San Diego county founder Tara Stamos-Buesig said the organization, which already hosts county-wide training at community events on how to administer naloxone, has been contracted to determine best placement of the vending machines.

According to the National Coalition of Harm Reduction, harm reduction in general is a set of practical strategies aimed at reducing negative consequences associated with drug use and instead focusing on treatment.

HRCSD, along with secondary contractors will be providing ongoing community training on how to access and use the medication.

“There are different types of training— some are available to watch online and then viewers can click a button to confirm participation. There are also naloxone training events where one or two people come to a table or display and learn how to use it in person. There’s hope of going into schools, training law enforcement, prevention agencies, treatment providers, just about everybody,” Stamos-Buesig said.

The first goal, she said, is to get the vending machines out into different communities.

Although they are still working out exact site locations, both HRCSD and Esposito confirmed the first machine will be installed at El Cajon-based McAlister Institute’s Chula Vista regional recovery center.

Esposito said several regions throughout the United States including Los Angeles and Plumas counties and Las Vegas, NV are currently using naloxone vending machines in ways that best meet their community needs. As part of the planning process, she said, the county researched the various ways those cities implemented and managed their machines.

County communications officer Katie Cadiao said risks related to substance use and opioid- related drug overdoses have been on the rise in the region for the last couple of years, and based on preliminary data, over 800 people died from accidental opioid overdoses in San Diego County in 2021, a 55% increase since 2020.

Expecting people are going to stay alive while statistics show a much higher rate of illicitly manufactured fentanyl in street drugs— a synthetic opioid which according to the Centers for Disease Control is 50 to 100 times stronger than morphine— is unrealistic, Stamos- Buesig said.

“We don’t stigmatize any other health condition the way we do this one. We don’t look at someone who has a heart attack and question whether they’re worth saving, or see someone choking and say they should have eaten better. Stigma is the number one thing that kills,” she said.

The naloxone being distributed is funded through the state’s Naloxone distribution program, Cadiao said and the program itself is being paid for with one time start-up funding through Overdose Data to Action, a CDC funded initiative and realignment funds.

“This is an absolutely exciting, groundbreaking endeavor from a long labor of love,” Stamos- Buesig said, intended to keep people alive and “bridge the gap” between substance use and some form of recovery.