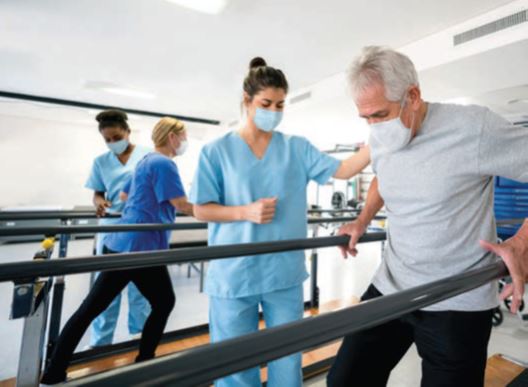 The latest data from San Diego County shows that COVID-19 cases are on the rise again, with an average of 1,200 cases per day as of June 26. Omicron-like vari­ants take the lead in infec­tions, with newer variants BA.2.12.1, BA 2.12, and BA 2.18 showing the high­est growth rates. Native Hawaiian/Pacific Islander communities are getting hit the hardest with numbers of infections. Behind San Diego, which has the high­est rates of infection, Chula Vista, National City, and Lemon Grove are showing the largest number of cases, followed closely by El Cajon, Rancho San Diego, Spring Valley area in East County, and Vista and Escondido in North County.

Scripps Health reported as of June 27, it has 83 hos­pitalized COVID patients, the highest daily number since early March, and over the past seven days is aver­aging 15 new COVID hospi­talizations per day. In late May, that number was in single digits.

Scripps Health Chief Medical Officer of Acute Care Dr. Ghazala Sharieff said in the third week of April counts in the hospi­tals were in the low teens up to 20 patients with CO­VID. In the third week of May, before Memorial Day, it ranged between 30 and 40 patients, and in the last week the numbers have jumped into the 60s with 20 admissions, the highest Scripps has seen in several months.

“To put this all into per­spective, last year in 2021, on June 13, we only had 13 patients in the hospi­tals with COVID,” she said. “Numbers are definitely higher than they were last year.”

Sharieff said Scripps predicted the rise, as after any major holiday, two to three weeks later it starts seeing an uptick in hospi­talizations. She said with the Fourth of July holiday, with many more people gathering, they expect an­other peak in August. She said last year at that time it averaged 195 hospitalized patients.

“I hope we do not get to that again this year be­cause that puts a strain on the entire hospital system,” she said. “Those are just the numbers we are telling you with positivity rate, but there are many home anti­gen tests now, so the num­bers reported are only from the County and through the hospitals. But there are ma­ny people taking the home antigen tests now, and those numbers are not counted in the counts that the county puts out.”

Sharieff said PAXLOVID is working well in treating COVID, and people are re­porting that they are feeling better within the first few days.

Sharieff said if it spikes again in August, which is followed by back to school, which could bring another round of spikes in the county, so it is important to keep up with vaccinations and boosters.

“Many people are getting sick through their kids,” she said. “Their kids are in school with­out masks, and they are bring­ing it home and adults are get­ting it. Even one of our ICU nurses who has worked in ICU through all of this, got COVID from her kids, and even our doctors are now getting it from their children. It is interesting, and I believe the vaccinations of children is helpful because it will prevent older patients, and younger parents from getting sick as well.”

Sharieff said Scripps is just setting up vaccines for children six months to 5-years old but expects a good response in the youngest children getting vacci­nated. She said Scripps is offer­ing them the Moderna vaccine.

Sharieff said for inhouse pa­tients, even with the second booster, it is seeing a five per­cent breakthrough rate on the hospital side, and in outpatient, 13 patients with recent boosters in the past few months tested positive. She said it is a very low number, but there is con­cern about breakthrough cases that might be the new sister variants coming through.

“B4 and B5 are the new vari­ants we are seeing that might be causing these breakthrough cases,” she said. “It is still a small number, so it is still worthwhile to get that second booster.”

Sharieff said even though hospital rates are going up, they are also seeing people with very mild symptoms, so they are staying home. She said this is an interesting rate as in the early days of COVID there were so many hospital admissions.

“You may get it, but there is a lower rate of hospitalizations of those with boosters,” she said. “We are seeing reinfections as well with the variants as well. So many people think since they had COVID that they are fine, but we are seeing them get reinfected. And we do not know what that is going to look like. Are you going to be sicker than the first time or not? That remains to be seen as the new variants come out.”

Sharieff said she has done much rounding with her CEO, and the “spirit” is coming back, but they still have a staffing shortage, but seeing the “uplift” in staff is nice to see.

“It is well deserved,” she said. “I hope that we can keep the numbers at bay so we can still take care of patients that need their surgeries done that have been postponed through these ups and downs, but I remain impressed with our staff. The stamina, the endurance that they have, and they come to work every day to take care of patients. It is remarkable. That is what keeps me going. I come to work because they do, day after day after day.”

“What we have learned is that the supply chain is so impor­tant,” she said. “Right now, we are stable on our PPE, but just recently we had blood supply shortages, IV contrast shortage, so the concern that I have is we do not know what is going to be the next shortage to come through because we are still so reliant on supplies from over­seas. That is a looming concern that all of us share because we do not know what is going to hit next. You can only plan so much and when something like that comes out of the blue, there is no planning. Like the baby for­mula shortage. That came un­expectedly. But we have learned very well how we pivot, how we make acute changes. There is a comfort level now in taking care of COVID patients that we did not have in the beginning. And, we have learned how to pivot up and pivot down based on surgical volume and staff­ing. What I would like to see happen is that we do not have to stop surgeries because we do not have the capability and we must take care of so many CO­VID patients. It is still up to the community to do their part.”

Sharieff said COVID is not seasonal, and it is seen all year round, so the learning curve is offsetting it so all other patients can get the care they need.

“We know how to deal with COVID, but how do we keep up with operations when there is a staffing shortage across the country as well,” she said.