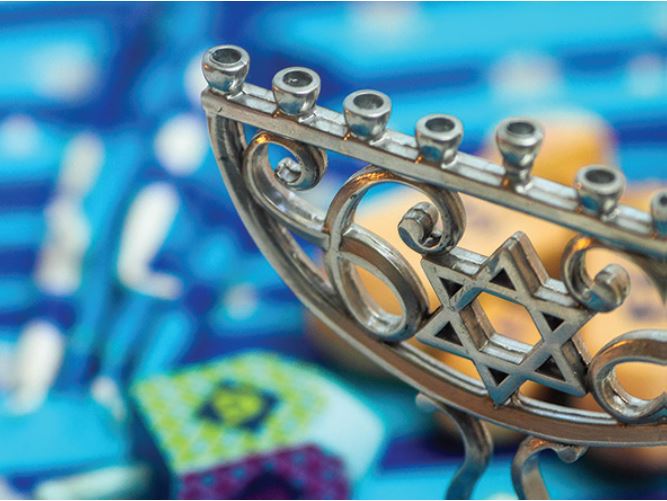 The menorah is perhaps the most recognizable symbol of Chanukah. Displayed in homes, and often in windows, each year, the menorah is a nine-branched candelabrum that symbolizes Chanukah and much more.

Menorahs have been part of the Jewish faith since ancient times. Isaiah 42:6 indicates that the menorah is a symbol of the nation of Israel, and its mission is to be a “light unto nations.” After being liberated from slavery in Egypt, the Jews were commanded by God to make the original menorah, which at the time featured seven branches. The seven arms were believed to refer to the seven days of creation. The menorah was lit every evening and cleaned every morning. The wicks were replaced and fresh, consecrated olive oil was put into the cups to keep the flame alive.

After the Second Temple in Jerusalem was destroyed and desecrated by the Romans, there remained only enough sealed, consecrated olive oil left to light the menorah for one day. Miraculously, the oil burned for eight days, giving the

While the original menorahs were seven branched, the Chanukah menorah, or Chanukiah (Hanukkiah), became a nine-branched version lit only during the holiday. According to the Jewish holiday site Breaking Matzo, celebrants light a new candle or wick on each night of Chanukah. The ninth night, called the Shamash (“helper” or “servant”), is used to light all the other candles or oil lamps. To be kosher, the Shamash must be placed on a different level than the eight other candles.

After both temples were destroyed, a new tradition de­veloped in which Jews did not replicate anything from the destroyed temples. As a result, menorahs used in many Jewish services, apart from Chanukah, no longer had seven branches. Six-branched menorahs became popular in some synagogues. However, the Jewish Virtual Li­brary indicates that some rabbis have gone back to seven-armed menorahs for regular services because the modern ones are electrified and, therefore, can­not possibly be duplicates of the original Temple menorah.

Lighting the Chanukah me­norah gives celebrants the abil­ity to embrace the holiness of the holiday and take a small part in Jewish history. 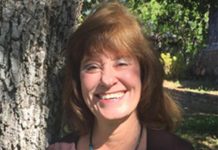 Thought for the Week: What awaits around the bend? 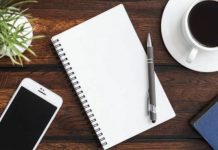 How to be more efficient with your time