An epidemic has taken over the United States, a crippling infection of measles hysteria. People with measles hysteria find themselves looking around at the people in the room and wondering which person is harboring the horrible contagious virus they will catch and take home to the kids and all their kids’ friends.


An epidemic has taken over the United States, a crippling infection of measles hysteria. People with measles hysteria find themselves looking around at the people in the room and wondering which person is harboring the horrible contagious virus they will catch and take home to the kids and all their kids’ friends.
Wait a minute, when I was a kid that’s exactly how we did it! We spread highly contagious viruses at chicken pox parties, measles parties, oh yes and even mumps parties, only there was no fear involved. Family doctors were on board with all of it, it was a natural part of growing up to get the measles, it was normal for parents to want their kids to get these childhood maladies, to build up their immune systems, and get on with a healthy life.
We all had measles when I was a kid, in fact the CDC considers everyone born before the year 1957 to have lifetime immunity to the measles. Why? We all went through a benign, self-limiting disease that causes discomfort and the need to stay in bed with a fever. Medical textbooks from the pre-vaccine era describe measles as posing minimal risk to a well-nourished child.
And there is an outstanding reward awaiting measles sufferers: lifetime immunity! No. Boosters. Needed. Ever.
This is the method nature developed over a very long period of time, and the way human societies always processed microbes before vaccine enthusiasts came along. If you believe this to be false, then hurry down to a clinic and get your Bubonic plague vaccine and your scarlet fever vaccine right away. Oh wait, we don’t need vaccines to protect ourselves from those “sometimes deadly” microbes, but we do from measles?
When the measles vaccine was first promoted to the American public in the early 1960s, the rate of measles-linked deaths was down nearly 100 percent from the year 1900. “Before a vaccine was available, infection with measles virus was nearly universal during childhood with more than 90 percent of persons immune by age 15 years,” according the CDC’s (Centers for Disease Control) operations manual, the Pink Book.
How on Earth did we get from “everybody gets the measly measles” to “Measles! Run for your lives!”
Interestingly, the CDC is silent so far on whether this current circulating measles infection involves the wild virus, or the vaccine-specific virus. As the CDC itself points out, this is an important question to resolve in order to understand which measles strain we are dealing with.
“Molecular epidemiology of measles viruses is an important component in outbreak investigations and for global surveillance of circulating wild–type measles strains,” according to the CDC website. “During outbreaks, measles vaccine is administered to help control the outbreak, and in these situations, vaccine reactions may be mistakenly classified as measles cases.”
Yes, that is correct, the vaccine does cause the measles for some, and the symptoms are identical to the wild measles virus. The only way to tell the difference between the wild and the vaccine measles strains is through laboratory testing.
Then there is shedding. Shedding is what happens when the vaccine virus works its way through the body and viral particles are shed in droplets from the nose and saliva from the mouth, a nice way to spread the virus. As more and more people are injected with the vaccine, live vaccine measles shedding increases far and wide.
The mainstream media is having a heyday with the Disneyland measles, whipping up passion and fervor against the usual whipping boy: those horrible Neanderthal nitwits who refuse vaccines. Media accounts automatically blame people who are not vaccinated, even when the problem is vaccine failure. News reporters could easily do a little investigating and discover that the real-world outcome of vaccinating against measles with the MMR vaccine over a couple of generations is quite different than the story being told. Apparently it is much easier to just join in with the mindless chorus blaming every outbreak that comes along on the unvaccinated.
The secret that the CDC, media, and local health departments are all desperate to avoid mentioning is the widespread failure of the vaccine to prevent measles. Seven Disneyland employees contracted the measles even though they are fully vaccinated. Measles outbreaks occur with alarming regularity among highly vaccinated groups of people.
“Thus, measles outbreaks also occur even among highly vaccinated populations because of primary and secondary vaccine failure, which results in gradually larger pools of susceptible persons and outbreaks once measles is introduced. This leads to a paradoxical situation whereby measles in highly immunized societies occurs primarily among those previously immunized,” according to Gregory Poland, M.D. in the January 2012 issue of the journal Vaccine.
This bears repeating: “Measles in highly immunized societies occurs primarily among those previously immunized.” Imagine that! The reward for getting repeatedly vaccinated against the measles is coming down with the measles.
In the interest of accuracy, we should no longer call measles a vaccine-preventable disease, it is only a vaccine-alterable disease. Where measles once only affected young kids at the age when the infection is mildest, vaccination with the laboratory measles virus has never prevented infection, but only altered the timing of infection.
Measles outbreaks now occur in older age groups than in the pre-vaccine era, age groups for whom measles poses a greater risk of complications. It has also pushed infection into much younger ages. The problem “too young to vaccinate” was never a problem before the measles vaccine was widely used, because babies received protection through mother’s milk, as long as the mother had experienced the measles herself.
Why are our public health officials so anxious to wildly overstate the dangers of measles infection in order to scare people into getting the MMR vaccine, a vaccine that is failing to prevent measles in those inoculated, while spreading the age range of infection?

Dr. Darrel Crain – Good Health, Naturally
Dr. Darrel Crain is a family chiropractor and writer practicing in Alpine. He may be contacted at drdarrel@earthlink.net or at 445-0100. Good Health Naturally is an opinion column written for The Alpine Sun. Opinions stated within are those of the writer, and not necessarily the staff of the newspaper. 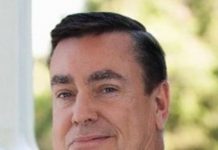 Jacob’s footprints are left behind