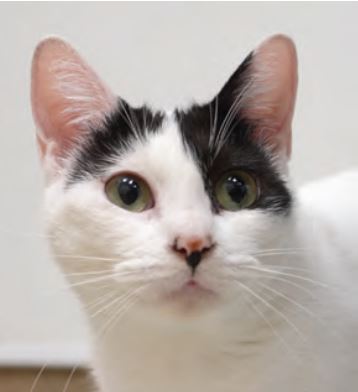 Over 60% of workers with a bachelor’s degree or higher claim their work can be done from home, according to a 2020 Pew Research Institute study.

However, that study did not take into account the Working Cats population with its high population of cats who are seeking employment.

San Diego County Department of Animal Services currently has about 30 cats they describe as “shy and undersocialized” who are in need of an environment where they are free to work, hunt and serve as a natural form of pest control.

San Diego Department of Animal Services Director Kelly Campbell said it is important for people to know these are not feral cats. Although they are reclusive, they are “beautiful and capable, can be great companions or work buddies” who may come out of their shell once acclimated to a new home.

That home might be a nontraditional setting. When she lived in New York, Campbell said, there were typically working cats like “bodega cats, store cats, shop cats” who were accepted as part of the urban lifestyle.

“It’s a different idea of cat ownership. Our goal as a sheltering agency is to place these cats in a home environment,” Campbell said.

The county recommends they work in pairs near churches and warehouses.

They would not be suitable for a “busy home with children,” Campbell said, and being around people can be stressful for them.

“Having a cat on your property serves as a pest deterrent. Even in the midst of living where neighbors complained about a pest problem, I’ve never had a problem and I credit the cats for standing guard,” Campbell, who is opposed to glue traps and pesticides said.

Forbes places the average Pest Control Technician visit at $175 each month, yet an average cat requires just $326 annually for food and treats, according to the American Pet Products Association, a significantly less expensive investment.

With daily food and care in a consistent home, the cats’ personalities start to come through and some ultimately end up being sociable, but unfortunately, she said, cats who have grown up without attention “don’t show very well in our typical adoption program,” often hiding from people until they get to know them.

“The biggest challenge we face with undersocialized cats is they usually come in large groups, 30, 40, 50 cats at a time, from people who might be struggling, unable to access veterinary care. We’re able to step in, help the animals get spayed and neutered,” Campbell said.

Once at the shelter, they live in a single-community cat room while waiting to be hired out as a working cat. Campbell said it is a “safe space” but their interactions are limited to one another and toys are no substitute for a real home.

“We care a lot. We want to see what’s best for the animals. They’re safe here but they can’t live their whole life in a cage. Their toys are no substitute for a real home like a barn, a warehouse or a house with space to work and hunt,” Campbell said.

A cat is not appropriate for every space, she said, such as food preparation areas but “if you have a bit of square footage, maybe a few rodents you’d like to move along” then a working cat will send them on their way.

“And, if those rodents move down the street, maybe your neighbors can get working cats too,” she said, chuckling.

The Working Cats program is a new endeavor, she said, but one they’re hoping will succeed.

Adoption fees are waived for working cats and they are all spayed or neutered, microchipped, and available for immediate employment.

“We have to be their advocates. We’re looking for a place where these cats can live their lives happy and healthy. We would all call that a victory,” Campbell said.