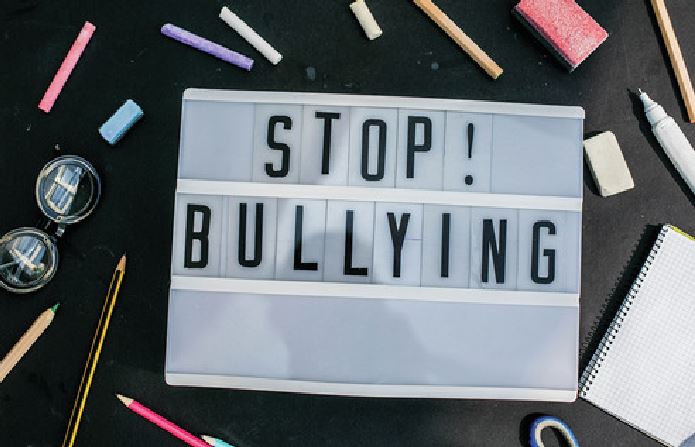 Nearly five years after an African American student filed a complaint alleging race-based harassment in the Alpine Union School District, the United States Department of Education’s Office of Civil Rights determined the district fulfilled terms of a resolution agreement the school board signed in 2021.

In its public report the Office of Civil Rights did not identify the students or the school in which the incident occurred. However in a social media post on May 26, 2017 a student identified himself as Quaylon Bryant and said “bullying and cyberbullying has been a problem for me” at Joan MacQueen Middle School.

“The kids at my school are always bullying me, always being racist, calling me a burnt marshmallow, threatening me, and actually tried to put me in a chokehold,” Quaylon said in a video.

The report indicated the principal at the time did not do an adequate job of investigating allegations of racebased harassment, having interviewed only Student 2 about what turned out to be the first incident in May.

“The Principal told OCR he could not remember if he asked Student 2 about calling the Student racebased names, as Student 2 stated the argument was over the Student not being quiet. The Principal’s notes from the interview did not indicate he asked about the race-based name calling. The Principal did not give Student 2 any discipline at that point because, he told OCR, he thought Student 2 was the victim, since the Student tried to hit him, according to Student 2,” the report said.

Later that month, after the African American student posted his video, the two students had a physical confrontation on campus.

In response the principal called both students in at the same time to discuss how to handle conflict and assigned them both restorative justice assignments.

The School did not discipline Student 2 for any racial name calling or for physically attacking the African- American student, the report said.

Ultimately the student’s father felt his son was no longer safe and withdrew from the school and the district.

In a March 2021 report the Office of Civil Rights stated “school staff, including the principal, focused on the incidents as bullying and failed to adequately address the race-based nature of the incidents, despite evidence of racial name calling.”

As corrective action, AUSD was ordered to provide 25 hours of counseling and/or educational tutoring services for the student “to address the effects of the District’s failure to provide an appropriate and effective response to notice of racial harassment” to be completed by June 30, 2022 at a maximum cost of $175 per hour. The district was also required to provide a log verifying those services were offered along with details of whether, or how they were completed.

Additionally, the district was ordered to issue written guidance to all district and site employees regarding the district’s obligations to ensure equal treatment of all students on the basis of race, color, or national origin under Title VI.

Furthermore, AUSD was ordered to provide annual training to appropriate administrators and staff including principals, vice principals, compliance officers, and counselors who are directly involved in processing or resolving complaints or other reports of harassment on the basis of race, color, or national origin.

The district was also ordered to develop a plan to provide ongoing anti-discrimination training for students at least one time in the 2020- 21 school year and at least two times during the 2021-22 school year on race, color, and national origin discrimination.

Lastly, the district was ordered to provide OCR with copies of any complaints or reports of discrimination based on race, color, or national origin, including regarding harassment towards students during the 2020-2021 and 2021-2022 school years, along with documentation illustrating what was done to address each situation.

District Superintendent Richard Newman said that while the Office of Civil Rights found the district met all of the requirements, the district continues to focus on improving campus culture.

“We added social and emotional support with two additional social workers, a counselor and three social work interns across campuses, as well as three deans to support students. We’ve also lowered class sizes to allow for more personal connections between staff and students,” he said.

According to a spokesperson for the Education Department, the Office of Civil Rights in September determined the district fulfilled terms of a resolution agreement and was no longer monitoring the case.