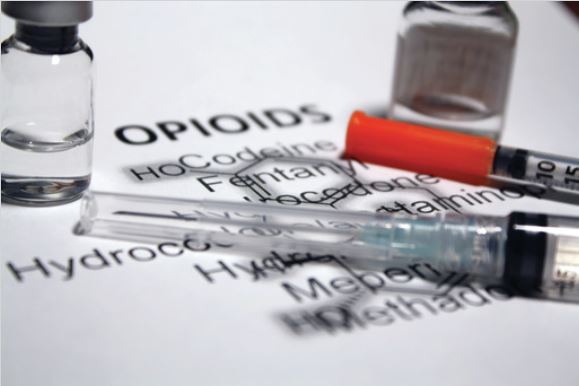 San Diego County Office of Education and the county District Attorney’s office hosted a student opioid summit which was offered to school districts throughout the county on Dec. 16. Although primarily intended for students, Grossmont Unified High School District officials sent home notice that parents were also invited to tune into the virtual ‘San Diego Needs to Know: One Pill Can Kill’ event.

“This event has been in the planning for two years,” San Diego County District Attorney Summer Stephan said.

The hour-long presentation, which was emceed by Media Producer Tommy Sablan, drew upon a range of emotions including an impassioned keynote speech from former NBA player Chris Herren.

Herren said he clearly remembers being “called to assemblies like this to listen to some 35-year old man” preach about drug abuse, and “just like you” didn’t want to come to the assemblies.

“I’m not going to come in here and tell you ways to reach your goals. In 1994, I was given the opportunity to pay attention… Today, I would give anything to get back to 1994 and listen,” Herren said.

Out of 15 members of his high-school basketball team, who were all raised by “lawyers and doctors who could provide the best opportunities” for their kids, seven of them ended up as adult heroin addicts.

“Sitting with a red solo cup and rolling a blunt, I never heard any of them say ‘I can’t wait to become a drug addict’ and when I think back to how I started, I think of my mom. She died of cancer at 50 and she believed her little boy would never spend her money on drugs. Believe me when I say, you have no idea how hard it will be for your family to watch you go through addiction,” Herren said.

The first time Herren tried one of his dad’s beers, he crumpled it up as garbage and left it in the bin outside, then went to shoot hoops in the driveway. When his mom found the can, he turned tail and ran “because there was no way I was going to let my mom smell Coors Light on her little boy’s breath when she had to fall asleep to that smell every night” on his alcoholic, politician father.

“I could tell you how the rest of my story goes, about having no heat or light, about pawning kids’ toys” but believes there is so much focus on “the worst day,” when the conversation needs to be about the first day.

“We show pictures of addicts instead of the beginning. Right now, you’re at the beginning. This is your opportunity to turn to your friends sitting with you who also don’t know how to talk about it. Both of you are in here, both of you know it,” Herren said.

Turning the presentation back to student-led messages, teens from San Diego School of Creative and Performing Arts then performed an original play with stock characters: a fun-loving girl who brings her studious friend to a party as a break from homework, then overdoses on one illicitly-obtained pill that she crushes and snorts as a quick high. Presumably, the “blues” she is snorting contain fentanyl.

Misuse of opioids is on the rise and, as Herren said, starts out looking more like a party with friends after a tough week at school rather than being arrested or overdosing after years of drug abuse.

According to the National Institute on Drug Abuse, nonmedical use of prescription drugs, including prescription stimulant Adderall and opioid pain reliever Vicodin is next in line, statistically, after alcohol, marijuana and tobacco use in 12th graders.

Drug awareness advocates Sherrie and Aaron Ruben, a mother-and-son presentation team, closed out the summit with a real-life view of what one night of partying can become. Aaron Ruben is a former Poway High School football player who overdosed in 2005 on Oxycontin, a prescription opioid used to treat pain.

He lived but is now non-verbal, confined to a wheelchair as a quadriplegic, and travels with his mother to participate in opioid awareness events.

“Sometimes you don’t die, you live and you’re buried above ground like Aaron,” Sherrie Ruben said, stuck in your own body an d trying to breakground.

Every day, she said, he has to live buried in his own life, no independence, all of which began with a prescription for muscle relaxants as a high school athlete.

All the presenters had a similar message: get help now.

“Putting yourself around people who are going to point you in the right direction is so important,” Musgrove said in a brief message to viewers.

Retired Pittsburgh Steelers football player Troy Polamalu described growing up in Southern California, how important it is to “support one another and struggle for one another” to look away from drugs to a different future.

Herren summed it up with a hope that was a strong directive to students watching the presentation:

“My goal today is one kid is going to walk out of here, go to their guidance counselor and tell them they need help,” Herren said.