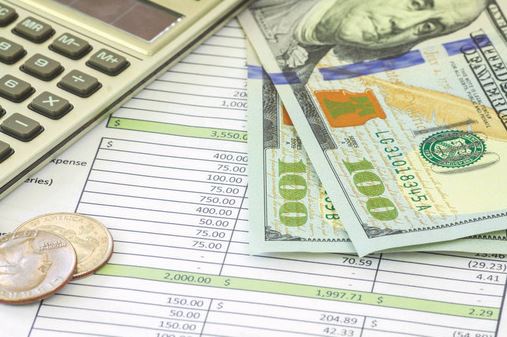 At the June 16 County Board of Supervisors public hearing for the County’s recommended opera­tional plan for fiscal years 2021/22 and 2022/23, the BOS spent nearly four hours listening to public com­ments on the budget, many who spoke were in support or opposition of the park.

Chairman Nathan Fletcher said this meeting was to listen to the public and that the Board was “still in listening mode” when it came to the proposed budget. The board will vote on the final budget on June 30.

Since the 1990s, the county of San Diego Parks and Recreation Department worked with the Al­pine Community Planning Group and other stakeholders to obtain a suitable community park location. The cost of the park is estimated at $28 million, and park construction will move forward in three phases.

Phase 3, in FY 23/24, expands the multi-use turf area and trail system and adds fitness stations, a bike skills course and other basic amenities.

Julie Simper of Preserve Alpine’s Heritage, a grassroots group that formed on Facebook in October 2020, spoke with other members of PAH in a 15-minute presentation.

“We are here today to ask that if the Board approved the requested $10.5 million for the park, that this funding be con­tingent on the design and scope being significantly reduced and scaled back so that the park enhances, not overwhelms Al­pine’s unique natural, cultural and rural heritage,” she said.

The group opposes the scope of the 26-acre all in one regional sports complex with extensive/active recreational facilities, rec­ognizes too many concerns and unanswered questions to justify proceeding as proposed, wants a nature-based passive park at the location, and supports revi­talizing existing or developing new sites for some of the sports facilities.

The groups opposition in­cludes the cost of the project, public safety, traffic, fire danger, sustainability and water use, de­struction of native habitat, and states that the proposed park has been misleading and mis­represents the broader Alpine community.

Alpine Community Planning Group Chairman Travis Lyon gave a visual presentation of the other sports complexes in the county and said that the term “sports complex” did not reflect the proposed Alpine County Park plan.

Lyon is also a board mem­ber of the Back County Land Trust, a nonprofit that cares for Wright’s Field. The ACPG previously voted unanimously in favor of the park.

“This is a good example of the park that Alpine is looking at and wondering for some time that this is something that is lacking,” he said. “We have over 18,000 residents in Alpine and we have 1.83 acres of park land per 1,000 residents. The Coun­ty’s goal is 10 acres.”

In a letter from Brian Al­bright, director of County Parks and Recreation, he said he want­ed to address some of the com­ments regarding Alpine Park, due to some inaccurate state­ments, and components that will be further analyzed as it moves toward complete design. He said that the parks and re­creation department has worked with the planning group and stakeholders to find an active recreation park. “Passive park areas already exist in Alpine, in­cluding Wright’s Field that was acquired in the early 2000s. The County’s efforts have always fo­cused on an active park, not a passive park.”

Albright said that Alpine residents must travel to El Ca­jon or Lakeside to visit a pub­lic park with active recreation amenities and that Alpine is one of the most park deficient com­munities in the county.

He said the proposed park is designed with environmental sustainability as a priority, will restore and enhance habitat on­site, improve conditions to ben­efit local species, reduce energy demand, includes drought toler­ant native trees and plants, pres­ervation of the Engelman Oak trees on site, and preserves the onsite groundwater sources. He said that the park is not a sports complex and that the amenities were selected based on a combi­nation of feedback from numer­ous public meeting, surveys, and data from DPR’s Capital Invest­ment Model and Parks Master Plan. Albright said its prelimi­nary Fire and Emergency As­sessment Analysis shows no new or unreasonable wildfire risks would be created with the creation of the proposed park. He said that the idea of purchas­ing multiple focused-use parks would cost exponentially more and fail to create a community gathering space for all ages. He also said the county is complet­ing traffic analysis to ensure the proposed project will not significantly impact existing conditions, result in new traffic issues, and creating safe access to the park. He said it is working on a long-term plan to provide improved pedestrian access to the park on South Grade Road via trails and pathways.

However, Albright said that if there is a desire to reduce or scale-back the current design, there are options. Only phase one is in next year’s recom­mended budget. Through let­ters, larger stakeholders in the community expressed their sup­port of Alpine Community Park as planned.

Alpine Union School District Superintendent Richard New­man wrote a letter to Senator Alex Padilla to express his support of the County’s proj­ect funding request as part of the FY 2022 Congressionally Directed Spending requests to fund the Alpine Park Develop­ment project. He said currently, there is a “severe lack of public parks, recreational facilities, in­cluding sport fields and courts, necessary to accommodate the active needs” of the Alpine com­munity.

The Viejas Tribal Coun­cil sent a letter of approval of support to March Lubick, County of San Diego Parks & Recreation and Newman.

“Our Tribe has a long-standing history of support­ing our local youth sports teams and athletes. We feel the addition of the proposed Alpine Community Park will only further benefit them, while also providing a family-friendly environment where the residents of Alpine can enjoy outdoor recreation. The park will also provide an outstanding compliment to the adjacent 11-acre Sports Complex at Joan MacQueen Middle School, while also preserving 350 acres of open environmental space. It will truly be a welcome gem in our evolving community.” 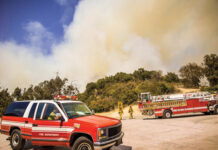 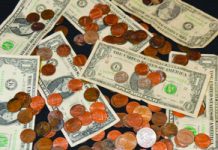