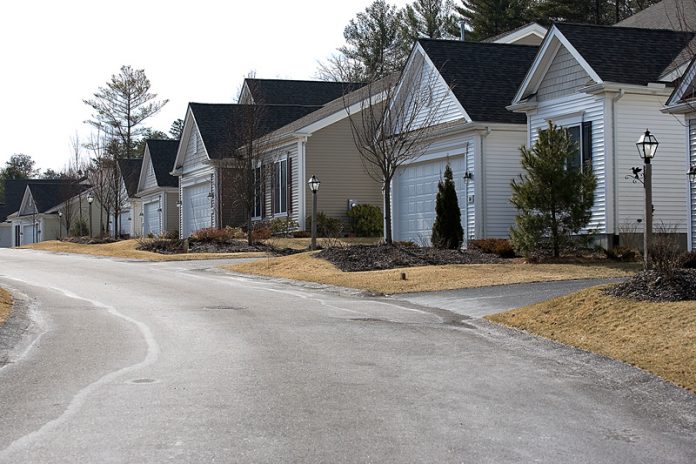 In a recent study from the Southern California Rental Housing Association Spring 2022 Vacancy and Rental Rate Study showed a dramatic decline in the vacancy rate, dropping from 2.91% in Spring 2021 to 1.25% in Spring 2022. The city of San Diego vacancy rate decreased from 3.3% to less than one percent (0.92) percent, numbers not seen in 22 years. With the diminished supply of available rental housing jumping significantly, recording the weighted average rents for all unit types in the San Diego region and found rent rose roughly 15% from $1,953 to $2,247 over the past year. Studio rentals increased from $1,519 to $1,612. Onebedroom rentals increased from $1,749 to $1,970. Twobedroom rentals increased from $2,052 to $2,433. Threebedroom rentals increased from $2,651 to $2,842. East County vacancy rate fell from 2.2% to 0.85%. South County vacancy rate fell from 2.6% to 1.8%, and North County vacancy rate fell from 2.1% to 1.34%. SCRHA Executive Director Alan Pentico said this survey is done every year to everyone that owns a single family home or condominium to the largest properties in the county and is one of the largest and broadest surveys done in the industry. “It is a very comprehensive big umbrella of the market which is important because roughly 68% of the market is owned by independent owners that have 15 units or less, so that is a huge chunk of the market.” Pentico said for renters, East County is one of the tightest markets, North County is one of the most available markets, but that the numbers are so close, there is not much difference. “The greatest demand for units right now is in the two bedrooms, and the least demand is in the three plus bedrooms,” he said. “If you are in the market for those things, keep that in mind.” Pentico said the region is at about 1.25% vacancies. “What that mean in San Diego County is that there is roughly 6,357 available units at any one time,” he said. “That is called the liquidity of the market. That is not a whole lot for a region of our size.” Pentico said it is important for renters to prepare themselves in advance. Start looking early. Find where you are hoping to go. What that property manager is looking for in the application process, have all that information available, and to apply early. “It is going to take time to get accepted somewhere,” he said. “Because it is such a high demand period. Normally have one to two options, but now have five to six options so you know that you are covered well in advance.” Pentico said from an owner’s perspective, the high demand will continue, and rents are expected to continue to go up for a while longer, mainly due to eviction moratoriums are still in place. “Everyone is in a sit and wait kind of mode,” he said. “That is going to continue to drive rents up, particularly because we are not getting any new product on the market or anything of the rates that we need to make a huge difference in this. But also, be aware that the feds are talking about increases in the rate, as well as a possible recession, if not stagnation, and all those things will start to make a factor in the next six months or so.” Pentico said the state passed Assembly Bill 1482, California Tenant Protection Act of 2019, in the fall of 2019 and went into effect in July 2020 in the middle of the COVID-19 pandemic, and that there are certain properties that fall under these rules. He said landlords need to pay particular attention to it as it has deadlines, and to find out whether they are exempt or non-exempted by the rules. He said the state rules in moratoriums have expired now along with the county, but the city of San Diego just extended its until Sept. 30. “You want to make sure that you are paying attention and following those rules,’ he said. “The city of Chula Vista is looking to do that even further, and theirs is more restrictive and punitive. Under what was proposed, if you intended to talk to your tenant about these sorts of things, a tenant could say you are harassing them, and a landlord could possibly go to jail for that. Even though they are trying to have a conversation with a tenant about their situation. In a lot of ways, it weaponized these discussions between tenants and landlords.” Pentico said it was really created by the city due to a couple of problem properties and it is not a “mass problem,” so the city of Chula Vista is relooking at its proposal. “Our instructions to tenants and landlords are to keep the lines of communication open. Be flexible. Be sympathetic to one another. We are all in this together. It is all still related to the pandemic. Communication will go a long way to get everyone to where they need to be and what they want,” he said. Pentico said the state rules adopted in 2019 have not had the chance to see the effectiveness of it, and that there is not enough data to understand the good and bad of the assembly bill because it has not had sufficient time to operate. “It is premature for any jurisdiction to start passing things that are more restrictive,” he said. “When we look at legislation from the Association’s standpoint of what the resident is going to experience, and what the housing provider is going to experience. When you have rules that change in every jurisdiction, every five miles from the border of a city or town, it gets very confusing and difficult for everyone to manage. Particularly from a consumer standpoint.” Pentico said for more information visit solcalrha.org which is open to both tenants and landlords.