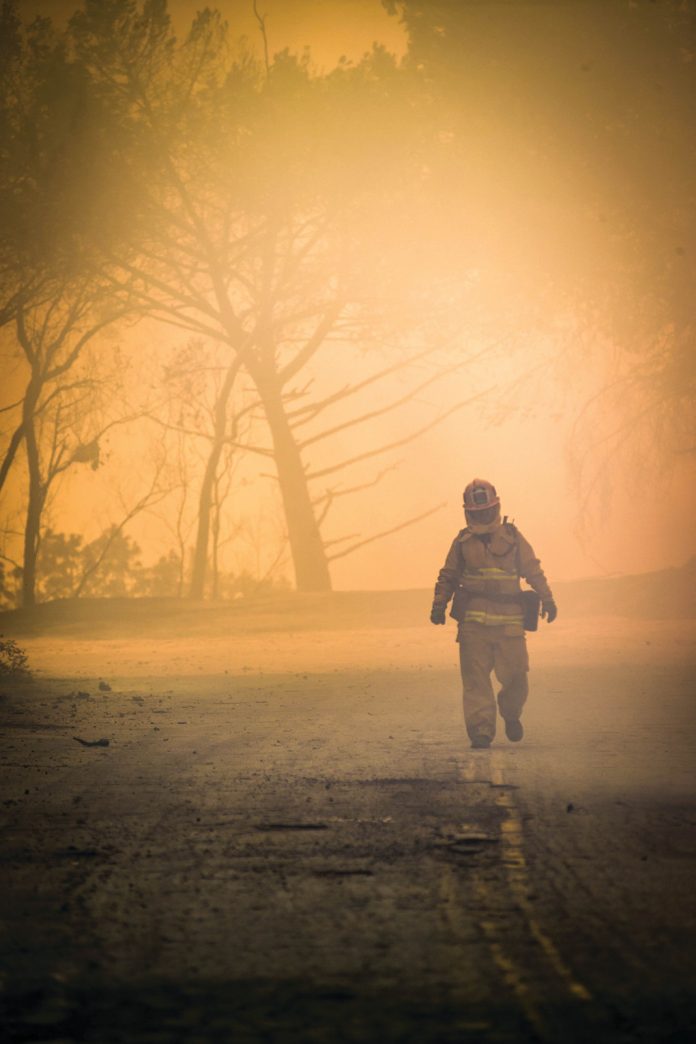 Wildfires that damage prop­erty and threaten lives can spread rapidly, sometimes al­lowing only a few minutes for people to get out of harm’s way.

Wildfires that damage prop­erty and threaten lives can spread rapidly, sometimes al­lowing only a few minutes for people to get out of harm’s way.

There are several steps some­one can take to be prepared for a wildfire and in the case they are evacuated by authorities, as some Alpine residents were July 6 in the first hours of the West Fire.

In the home it is important to shut all windows and doors and leave them unlocked, remove flammable window shades or curtains, and move any flam­mable furniture to the center of the room away from windows and doors.

Also, shut off gas at the me­ter, turn off pilot lights, but leave lights on both inside and outside so firefighters can see your house under smoky condi­tions, and lastly turn off the air conditioning.

Outside, gather up flammable items like patio furniture, door mats, children’s toys and bring them inside or place them in the pool, turn off propane tanks and move those appliances, like a BBQ, away from any structures.

In an effort to aid firefighters connect garden hoses to outside water valves and spigots, and fill buckets and place them around the house, and don’t leave on sprinklers or running water as it can affect critical water pres­sure.

Essential belongings for a “grab and go kit” include: first aid kit, water, food, and either copies or originals of important documents including your driv­er’s license, deed to your house, proof of insurance, medical re­cords, passports, social security cards, birth certificates and a list of personal contacts.

When forced to leave in a hur­ry, most people tend to grab pho­to albums or as many photos as they can, to streamline this pro­cess it may help to have a flash or thumb drive photos on it that has been included in the kit.

In the state of California, un­der the Emergency Services Act, anyone who violates any orders or regulations could be fined up to $1,000 or be impris­oned up to 6 months, or both.