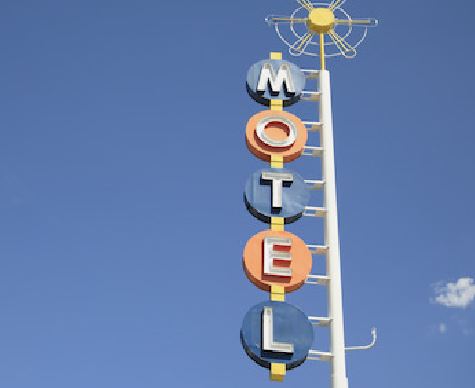 A Sept. 14 press release from the City of El Cajon claimed of San Diego contractors have been disproportionately placing homeless residents from across the county in the city’s motels through the use of their Regional Housing Assistance Program room vouchers and that the influx of individuals is placing strain on El Cajon Police Department.

San County Board of Supervisors Chair Nathan Fletcher and District 2 Supervisor Joel Anderson fired off their own release that same day indicating the county’s approach is reducing homelessness.

According to the county, 30% of individuals who utilize motel vouchers ultimately move into permanent housing.

County Director of Communications Michael Workman said the remaining 60% move on to other types of non-permanent housing including Section 8 housing, Veterans Assistance Support Housing or other type of voucher, permanent supportive or rapid re-housing options.

“Some go to treatment and some move in with family or get a place on their own. These are voluntary situations and as with any program servicing individuals experiencing homelessness, some people choose to exit without follow up information on their destination,” Workman said. The program, Workman said, offers more than a temporary roof over one’s head.

“The voucher program is a significant step in addressing someone’s situational needs and the case management support tied to the vouchers connects people with housing resources, other support services and/or other interventions as appropriate,” Workman said.

El Cajon City Manager Graham Mitchell said the city maintains two different voucher programs of its own which utilize a similar structure: they provide people with a place to stay and are connected with social service programs with case managers who can potentially tap into longer term solutions.

In one voucher program, Mitchell said, El Cajon Police deputies are supplied with vouchers they can distribute to individuals they encounter on the streets. The city’s other voucher program, a partnership with non-profit HomeStart, connects individuals with social service agencies, ostensibly to help them overcome whatever obstacles contribute to their homelessness.

The primary problem, Mitchell said, is the city having to divert their police resources to deal with increased activity near motels utilizing the county-supplied vouchers.

“If the county is going to operate a de facto shelter, they have the obligation to provide some form of security,” Mitchell said, primarily to keep drug dealers away from the motels.

According to county representatives, vouchers are regularly distributed for four motels in the city of San Diego, two in Chula Vista, one in Santee, two in Escondido and one in Vista along with eight motels in El Cajon.

In a Sept. 10 city of El Cajon study, 26% of hotel rooms at participating motels in the city were occupied by someone using a voucher, the majority of which were issued by county contractors Equus and Public Consulting Group.

Mitchell said the primary need to have security measures in place at participating motels is not for the individuals utilizing the vouchers but to safeguard against drug dealers looking to sell to those guests.

Over the period of September 20 through 23, the El Cajon Police Department arrested twenty individuals using a County motel voucher in El Cajon or who were connected to someone using a voucher, although individual reasons for those arrests have not been released.

However, the county Board of Supervisors say they have prioritized addressing homelessness along with public safety.

“The County cleared the N. Magnolia Avenue encampment by connecting 60 individuals to services and housing, and implemented a safe parking program with wrap-around services. The County also cleaned up the encampment at Graves Avenue,” a Board of Supervisors release stated.