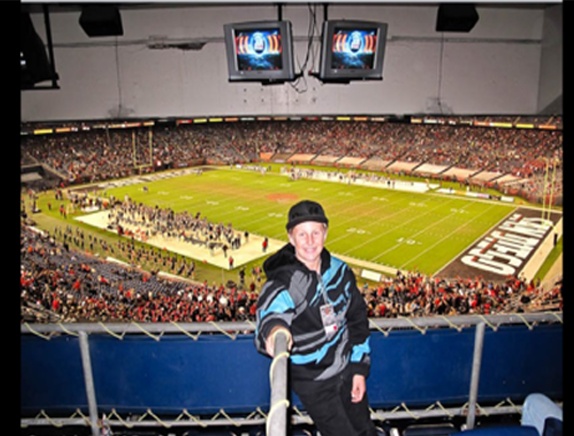 Almost two years have passed since Trevor Barnes took his own life on Jan. 6, 2018. Since then, the Barnes family estab­lished Team TB11 Foundation for Suicide Prevention & Awareness, named in honor of Trevor, who was number 11 throughout his years in baseball. The TB11 mission statement says they strive to promote optimal men­tal health through advocacy, education and support.

On Jan. 11, the organization will be holding their inaugu­ral Trevor Barnes 5K Run at the Lakeside National Little League Baseball park. All pro­ceeds will go toward funding suicide awareness and mental health programs at Granite Hills high school.

According to Spokesperson Shellie Donofrio, TB11 is work­ing directly with the Pugh Foundation for this initiative because they are an older and more established organization. The Pugh Foundation was cre­ated in honor of Dallas Pugh, a young boy who took his life in 1995 and is are something of a guide as TB11 grows into a full-fledged organization that can bring suicide awareness pro­grams to local schools.

“Access to mental health care is almost impossible for adults, let alone for children. We need access without the stigma. We have to do a better job in talk­ing to our kids and part of that starts in schools,” Donofrio said.

Donofrio said the Pugh Foun­dation has tested the waters with some of the programming they helped establish at Valhal­la high school; TB11 wants to see similar mental health and suicide awareness programs in­stituted at Granite Hills high school.

In the meantime, they estab­lished two $1100 scholarships for seniors graduating from Granite Hills last year and ad­opted five families for Thanks­giving and Christmas dinners this year.

In addition to the upcoming 5K, Donofrio said Team TB11 plans to hold a baseball/softball tournament and a golf tourna­ment for future fundraisers.

Trevor’s mother, Mona Barnes has also worked direct­ly with the school on personal projects targeting underserved youth and young adults who are in need of support.

“Mental illness is real. These kids and young adults are grow­ing up in a completely different world now. They compare their lives to those on social media who appear to have it all. Some­times the pressure to measure up becomes all-consuming and overwhelming. It is our job as parents, teachers, coaches and friends to be aware of any be­havior that seems a little off, not just in kids and young adults, but also in each other. Mental illness does not discriminate. Be that person who makes a dif­ference in someone’s life,” said Barnes.

Donofrio said that Trevor’s untimely death was a tragedy that hit the entire community of baseball parents.

“He was larger than life, big into sports, outgoing… It’s fun for us parents to watch our kids compete and even more fun when they win but it can be so much pressure. We have to do a better job of talking to our kids. We have to listen to them,” Donofrio said.

Team TB11 plans to continue with this 5K on an annual basis.