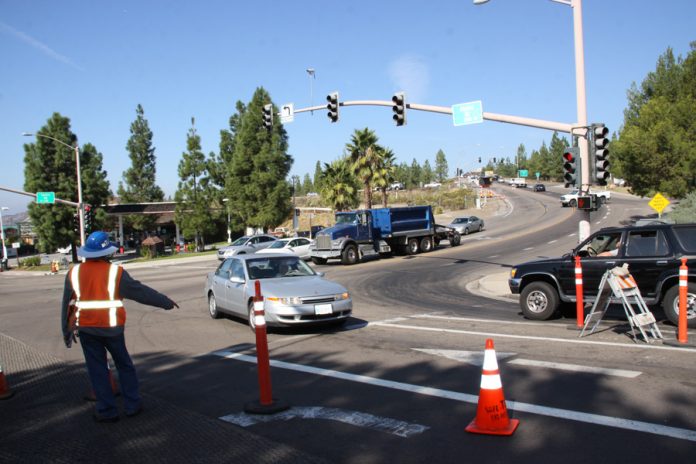 The meeting of the ACPG was called to order at 6:00 p.m. on April 25, 2013.  The first order of business was to congratulate Carmen Lewis on turning 100, and Claude invited everyone to the Community Center on Friday from 4-7 to celebrate.

A quorum was established and the minutes of the December 6, 2012 and March 28, 2013 meetings were approved as presented.  The chairman read a response from the County regarding subcommittee appointments.  The County saw no reason to ask for Williams to resign.


The meeting of the ACPG was called to order at 6:00 p.m. on April 25, 2013.  The first order of business was to congratulate Carmen Lewis on turning 100, and Claude invited everyone to the Community Center on Friday from 4-7 to celebrate.

A quorum was established and the minutes of the December 6, 2012 and March 28, 2013 meetings were approved as presented.  The chairman read a response from the County regarding subcommittee appointments.  The County saw no reason to ask for Williams to resign.

Under open discussion the chair of the public works subcommittee reported it was approved to extend the life of the Viejas bridge and work will start on May 8, 2013 on the girders and painting.

The communications sub-chair reported that County counsel says he cannot use your private e-mail address.   He put his own email in to see what would happen and was told no, cannot use it as it was not subject to California rules.  He also reported that the Williams' couple, Highland Rd, do not follow rules and should not be allowed on any subcommittee.  They have failed inspection after inspection after inspection.  When DPLU permits expire they just pay a fine and apply for a new one.  He stated the ACPG sets high ideals for everyone and are stewards of the public trust.  The only inspection they passed was for the foundation.  Fire inspection failed 12-2-11, have not since asked for a re-inspection.  The Public Facilities subcommittee reported only Mrs, Williams is asking to join the subcommittee.   The letter the chair read from the county was in reference to Mrs. Williams and they said they saw no reason for her not to set on the subcommittee based on the photos and info presented.

Mr. Neilson said that his property at the E. Willows exit was changed from SR1 to SR4 without his knowledge.  The address is  6191 Alpine blvd. FCI changes were made and he registered his complaint at that time.  It is late now to make this request, but he has a few months for it to be put on the County agenda.  He would like this put on next months ACPG agenda and asks the board not to oppose changing it back to SR1.  He doesn't understand why they have it at  SR4, a 4 acre minimum when it is across from the most densely populated area in Alpine.  He is right at the exit off ramp.  Mrs. Haven stated he could not make the meeting because of work.  The chair asked for him to bring the request written the way he wants it put on the Agenda to be brought before the board.  Mrs Mizzola was working tonight so Sharon Haven reported she also wanted her designation to be changed back to SR 1.  Because of their work schedules they were unable to make it to the FCI meetings.

Claude Bailey suggested having diagonal parking down the middle of Alpine Boulevard to make it easier for people to shop.  They would have to cross the street whichever side they wanted to shop on, but it still would add extra parking.  The chair said to put it on paper the way you see it working with turn lanes etc. and take it to the circulation meeting.

Prioritization of this and all future agendas will change the order of Group Business and put it behind Organized/Special Presentations.

The County of San Diego is requesting comments regarding the Draft 2013 General Plan Clean-Up General Plan Amendment (GPA 12-007).  The 2013 Clean-Up is the first to be processed since the adoption of the updated General Plan.  This process is only meant to be used for minor changes or additions to the General Plan that do not result in additional significant environmental impacts.  The web address for Mr. Johnson of the County of San Diego will be given to whomever is interested, and the county would like public comments by May 20, 2013.  The vice chair suggested the board take a look at the land changes tonight.  A formal letter will be sent before May 20, 2013.

Sharon Haven said at the March 2011 meeting it was voted on and the motion was passed to change the limited industrial designation to rural commercial at Dunbar and Chocolate Summit Dr.  However, the county had not changed the designation and put it back on the clean-up.  Mr. Morton has asked for this change for forty years.  The only use for this piece of property would be commercial as there is only about 3 acres between the two properties and it is right at the off-ramp.  This would make more sense for it to be commercial.  It is a public nuisance now and he can get no tenant.   It was already voted on but still put in the Clean-Up.   The County recommended a commercial designation and now Mr. Morton is asking you to  reconfirm your vote.  It was suggested Mr. Morton should be here to address the board himself and ask for the change.  Mr. Archer remembers when this was voted on. The Learning Center is commercial and another vacant lot that is used by Padre Dam as a work storage site is commercial.  The motion was approved again to make this a commercial designation.

Bob Scheid of Viejas said the map had reversed the Green and the Light Collector sections. The traffic element is backward.    From Otto Avenue to E Willows Road there is an overlap between FCI lands and the Clean-Up.  We might want to address this at next months meeting to change designation;  this was carried to the next meeting to clarify the FCI lands to see if the roads are the same or if there is an overlap.

Regarding a second dwelling unit at 8840 Hunter Pass, Alpine; the HOA has approved the unit through entitlement.  Over 30% of second units are 900 sq ft, but this was approved for 1200 sq ft as it will be a dwelling for his parents.  The County has no issue with the dwelling and the ACPG passed the motion to recommend.  The owner will match this dwelling to the present dwelling.

A report was given by the circulation chair and he read a letter from the ACPG to the County and SDGE requesting repairs.  There is damage on Tavern Rd, and from Alpine Bl to Victoria Park Terrace and Arnold Way to Victoria Park Terrace;  Star Valley to E. Willows  interchange at 1 8, Japatul Valley to Tavern Rd; E and W on Alpine blvd.and Japatul interchange to I 8.  The letter will be sent to Ken Rizell, project manager, and copied to  Todd Voorhees of SDGE.  The motion carried to send the letter.

Richard Saldano was appointed to Sharmins' subcommittee  and she is a member if his public actions subcommittee.  Motion carried for Richard.   On the communications subcommittee the chair did not accept Sharmin Self, but did accept John Whalen.  Travis Lyon, as vice-chairman, is ex-oficio on all subcommittees and has a vote.

Parks and Rec chairman said they lost the Arnold Way property as they had to give out the address.  Even though it had been on the market for a year or more, a Realtor picked it up and sold the next week to a neighbor who had been told what was being planned.

In his vice-chairman report Travis Lyon talked about the violation of ethics, sending a public document about members on ad-hoc committees, and used members names and saying they were doing improper work.  The ad-hoc committee wrote letters to support Diane Jacob in her effort to stop the power-link. They did not know of it before it was made public.  It first appeared on the agenda in 2009.   The slander and untruths that were written about and given out had no place at an ACPG meeting.  This has been rehashed and rehashed and should be a thing of the past.  No one profited from the power-link.  People were paid for selling their easements, this was not a bribe.  Travis also reminded the board that if they attend a subcommittee meeting, and are not on that subcommittee, they were to observe and not talk.

Mike Milligan stated that he was ready to resign if one of the board members did not stop causing problems for the board and called for that member to resign.   He said it was stupidity beyond belief and he was embarrassed and appalled.  The board is to support truthfulness and respect to the community of Alpine and Alpine deserves better.   Mike said he was fed up with the petty bickering started by this member and the board was not showing the community a good face of the ACPG.   He violates the code of ethics and makes it hard for the community to have any trust in the ACPG.   Leslie Perricone also said as a new member she was appalled by what one person can do.

The sub-committees will put forward names for members for approval.
Jim Easterling likes the look of the Agenda.