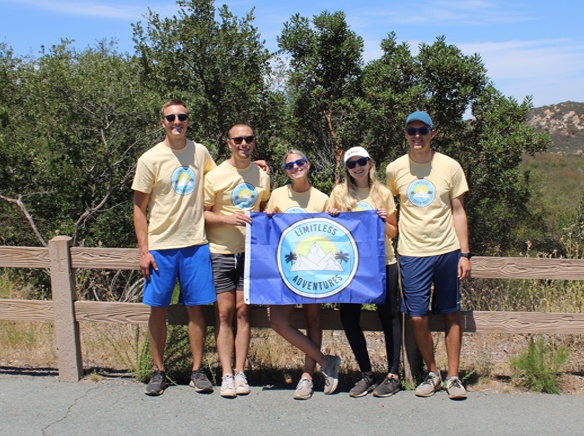 Limitless Adventures is a volunteer-led, nonprofit organization that provides outdoor recreational experiences for people with disabilities.

Founder and Executive Director Patrick Firlik, 28, said the organization was born from a “crazy idea I had when I moved out here last July” and wanted to build on volunteer experience gained living in Chicago.

“I volunteered a lot when I was in Chicago at nursing homes, homeless shelters, and other groups and I found working alongside people with disabilities was so rewarding… I wanted to do more when I moved out here than just volunteer on an Ad Hoc basis,” Firlik said.

After meeting a new coworker who runs a non-profit while also working full time, Firlik “did a little research” and noticed several organizations exist for people who are heavily involved with one sport but “nothing in the middle” for the everyday individual.

“I didn’t really see anything for those who aren’t super athletic or committed to a full season of something like basketball. That niche wasn’t being met, especially in San Diego where the weather is so conducive to outdoor adventures. I talked with non-profit leaders around the nation who work with physical disabilities, rounded up a few people— I barely knew anyone when I moved out to San Diego so I asked my one friend at work if he wanted to join in,” Firlik said.

Limitless Adventures now has an entire Board of Directors who all work together in addition to volunteering.

“We want to inspire people to try new things, push their possibilities. We have a two-fold mission: we promote exercise and healthy behavior, but also recognize the community aspect of building friendships and having fun,” Firlik said.

Event attendees come from different group homes and families; they might never have met each other before walking together on a hike, Firlik said, but everyone can walk at their own pace and the group strives to be as inclusive as possible.

“One really rewarding thing is we’ve had a lot of people tell us they’ve never hiked before who then came back for more. One lady has now been on six of our hikes,” Firlik said.

On average, about 30 people turn up for each event and, along with parents and caregivers about 40-50 attendees are on each hike.

In addition to acquiring a modified wheelchair, the group is also working to construct a publicity video. Parents, especially, Firlik said, have given the group excellent compliments, “especially during COVID where one of our hikes is sometimes the first time kids have been out in months” and he personally believes the adventures, while designed for individuals with disabilities, are also a mental break for caregivers. 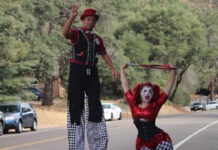