Liberty Charter High School senior Micah Sanchez was recently selected as the San Diego Section Male Runner of the Year based on his top time across all divisions at the 2022 section championship meet and an abundance of other post-season accomplishments.

It was the latest in a series of accolades to toast the celebrated Alpine runner. Sanchez won the Division V section title with a time of 15:08.6 on the 2.96-mile Morley Field course on Nov. 12 to advance to the state championship meet Nov. 26 in Fresno. He won the Division V title there as well with a time of 15:13.6 in the 5K race at Woodward Park.

He returned to Balboa Park’s Morley Field on Dec. 10 to compete in the Champs Nationals Cross Country Championships, placing 25th with a time of 15:40.9 in an elite field of 40 runners from four regional qualifiers. Sanchez placed fifth out of 180 runners with a time of 15:33 in the boys championship race at the Champs West qualifier on Dec. 3. Only the top 10 place-finishers advanced from each regional to the national meet.

Sanchez, who will continue his cross country career at Northern Arizona University, clinched runner of the year honors with the fastest time. Grossmont senior Russell Blakley posted the eighth-fastest time (15:23.1) to make the cut for the first team.

La Jolla freshman Chiara Dailey earned the female section runner of the year award after placing runner-up in the Division IV races at both the section and state finals (third fastest time on the day). She placed third at the Champs West regional to join Sanchez and La Costa Canyon junior Gionana Lopizzo as three San Diego Section runners in the posh national championship race.

Karrie Baloga, a senior from Cornwall Senior High School in New Windsor, N.Y., won the girls race in 16:49.2. It was the eighth-fastest time in the 43-year history of the event.

Kole Mathison, a senior from Carmel High School in Carmel, Ind., won the boys race in 14:56.6. He found himself in a four-way duel for first place through the middle part of the race before finally pulled away in what turned out to be a fast finish with the top seven runners finishing 17 seconds apart. Sanchez timed 44 seconds off Mathison’s winning time.

The Alpine runner, who was cheered on by a large group of supporters, admitted he had yet to run in such a competitive field and eventually tired because of the fast pace.

Nevertheless, he raised his arms in triumph as he crossed the finish line to end a spectacular season. 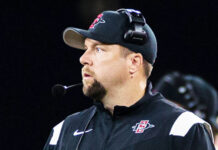 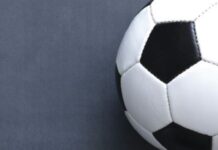 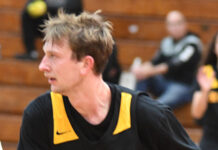