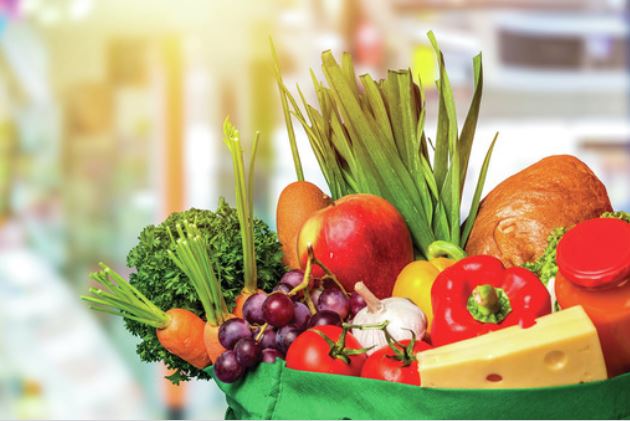 The National Library of Medicine has 92 journal articles related to holiday weight gain. What do local health and nutrition experts have to say on the subject?

To begin with, The Fit Factory gym owner Marc Barron said the idea of ‘the holiday 15’ is somewhat misleading as there are only a handful of celebratory days throughout the holidays.

“The holiday 15— You have one day you consume candy on Halloween in October, then add two days in November for Thanksgiving and leftovers the day afterward. December has Christmas and then there’s New Year’s. That’s five days. You’re not going to get fat in five days. It’s all the days in between that add up,” Barron said.

The Parks Nutrition owner Rochelle Crane echoed Barron’s observation and said the most important part of making healthy food choices in anticipation of 2023 is to “start working on a routine now” so it is already in place come the new year.

“We start people with a 21- day challenge and we tell them to start at any time, whether or not the holidays are coming up because one day shouldn’t matter in the big picture of a steady routine,” Crane said, and if someone finds they have actually lost a couple pounds by starting a new routine in December, it often serves as motivation to continue.

Atma Prema yoga studio owner and trauma-informed yoga instructor Denisse Peirce said people would do best to observe how their body responds to specific foods and activities, then make changes based on those responses.

“I see it time and time again: people don’t feel good when they eat heavy, greasy foods. It prevents people from moving properly. Once people start coming to the studio, they begin to want to eat lighter, cleaner. Movement changes the way you approach nutrition at home,” Peirce said.

Sugar is possibly the worst thing you can consume, Barron said, as it attacks the organs and usually people stop eating it when they see how damaging it can be.

“Protein is the macronutrient that allows your body to recover— a good rule of thumb is one gram per body pound,” Barron said.

“Your body is designed so that everything you normally eat gets saturated with saliva to help break down food and you’re designed to drink water and only water. Once you add that component of consuming calories in drinks, well, we’re seeing it: we have an obesity epidemic,” Townsend said.

Although older adults might be set in their ways and require a slower approach to change, and young children are dependent on others for food and drink, most people are “in charge of what they eat,” Townsend said.

“I have four kids and with my little ones, for each piece of candy they have to eat two full vegetables. At the same time, I get it, you want to be the cool parent so you can’t be too hard and cross that boundary or there’s going to be resentment. There’s a balance though,” Barron said.

Parents, Peirce said, need to lead by example. A single mom, Peirce said she works with her daughter to make healthier choices when they visit family.

“We go to Grandma’s house and the entire kitchen is filled with sweets. So, we make choices: today we’re getting a smoothie instead of an ice cream. I also encourage everyone, including children to try new things, taste new foods. Give kids the opportunity to try healthier foods and you might be surprised what they like,” Peirce said.

Parents, children and older adults all continue to join in on something when it starts out as fun, Crane said, as well as consistently scheduled.

“A lot comes down to consistency: people join in when something is on a regular schedule and fun to do. If you’re doing something like a fun step class or a fitness camp, friends and family are more likely to come with you,” Crane said. Townsend said he came across an idea that he recently jotted down as inspiration.

During the holidays, Peirce said, change might require baby steps like substituting one food at a time, exploring new flavors and slowly incorporating new, healthier foods that will eventually become regular items in a healthy diet.

“Building habits matters, not going on some crash diet,” Crane said— she recommends older adults kick-start an active lifestyle with a simple 20- 30 minute daily walk “to get the body moving” or a simple yoga or low-impact exercise session, as well as home cooking at least one healthier meal a day.

In life, Townsend said, people need to make a sacrifice. That sacrifice might mean focusing on discipline and eating right or it might mean sacrificing themselves.