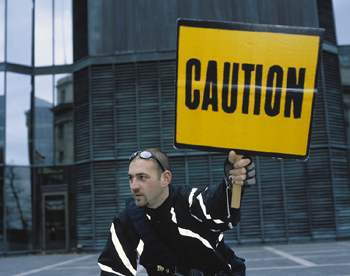 By G. L. Voga
For The Alpine Sun

By G. L. Voga
For The Alpine Sun
A statement was read to the Board and members of the public by Chairman Jim Easterling regarding a problem with certain people being on sub-committees.  The County sees no problem with the couple in question serving on a sub-committee and said the matter should not have been brought up at an ACPG meeting and never should their names been stated.  The Chair openly apologized to this couple. Then the Chair read a statement to the board and the public about unseemly conduct while at a board meeting.  The board will no longer put up with board members attacking other board members or the attacking of Alpine residents.  If such activity continues the Chairman will shut the meeting down.
The meeting was called to order at 6:00 p.m.  A quorum was established and the minutes were approved as read.
A letter from Kristal Feillen was read to remind everyone of the Revitalization meeting on June 14, 2013.
A letter was received from Kenton Jones regarding the speed limit on South Grade; they are working to get the speed limit modified.
Ms. Diane Hayworth from the Alpine Certified Farmers Market came to invite everyone to their grand opening on June 4, 2013.  They have been working for over a year on zoning and other problems with the County and getting the top vendors to come all the way to Alpine.  The have vendors from beautiful grass fed beef to our local growers with chickens and eggs.  The purpose of the Farmers Market is to draw our community together and meet the local growers.  She is the owner and manager and would appreciate everyone coming out to enjoy this event.
Mr. Joe Perricone, a member of the Alpine school board, brought up two subjects regarding the safety of the school children:  a flashing yellow light at AES on Alpine blvd, and sidewalks on the east side of Tavern road going south to JMMS.  Both subjects were addressed at the last meeting and turned over to the circulation sub-committee and he was invited to go to their next meeting and address his issues.
Mr. Roger Garay, as a private citizen, read a Fair Political Practices Violation he received from the State, filed by another board member.  It said he was the owner of On-Line Bookkeeping Tax Svc and he did not disclose the ACC as a client of On-Line Bookkeeping, and he voted as a board member to use PLDO funds to improve the park at the ACC.  He answered the violation stating he was not the owner of On-Line Booking and never at any time did he receive $13,000 from the ACC.  He has violated nothing by being an ACPG member and voting on where PLDO funds would be distributed.  On-Line Bookkeeping Tax Svc is a California Corporation and he is one of several employees.  He is on a fixed salary and receives a W2 like all the other employees.  He does own 50% of the Corporation but has no control over what the Corporation does.
First presentation:  Sprint modification at 2522 Tavern Rd. had already been approved at a previous meeting.
Second:  there was no representative from O’Reilly Automotive to discuss the replacement proposal.  Jim Archer had attended the Design and Review meeting and stated O’Reilly had been approved by the County to cut 2 parking spots to allow for landscaping.  This action was postponed til the next meeting and Mr. Easterling will notice O’Reilly to show up to the ACPG meeting.
Third: Sprint Modification to 1088 Alpine Heights had already been approved at a previous meeting.
Fourth:  Len Neilsen and others are asking the board to not oppose the classification change from SR 4 to SR1.  This property is adjacent to the off ramp on east Willows, and has no impact on Willows.  They had thought they had Rural Commercial but someone had changed it to SR4.  The board approved to have no opposition to the change back to SR1.
Fifth:  The board voted to reaffirm our position on the clean up.  There had been a reversal of East to West Willows and that is being corrected.  There is also a change from Otto Ave to Willows and Tavern Lane designation is changed to a road.
The Chairman reported a change in the I-1 Policy.  There are 10 or 12 expenses for which the board can be reimbursed, so check the policy.
The meeting was adjourned at 6:56 p.m. and the next meeting will be June 27, 2013 at 6:00 p.m.