Anderson had the opportunity to personally feed Liberty, a black bear who was removed from a Los Angeles forest because she learned how to sneak food away from camp­grounds. Bears who become de­pendent on human food are often euthanized due to the danger they present to campers— but thanks to Lions Tigers & Bears, Liberty was given a second chance and found a home with the sanctuary’s other rescued animals (and got to enjoy a favorite human snack!).

Lions Tigers & Bears has pro­vided a haven to abused and aban­doned animals from across the country since 2002. The sanctu­ary provides home to more than 60 animals including lions, tigers, grizzly and Himalayan black bears, and even leopards. The non-profit operates on 93 acres of natural land­scape right on the edge of Alpine and the Cleveland National Forest. Since its inception 19 years ago, Li­ons Tigers & Bears has functioned as a No Kill, No Breed, No Contact animal rescue and education facil­ity. The rescued animals get to live in a safe and peaceful environment while Lions Tigers & Bears employ­ees educate the public on the impor­tance of ending exotic animal trade.

On PB&J Day, Anderson also awarded a certificate of recognition to Bobbi Brink, the founder and director of Lions Tigers & Bears. Every sanctuary volunteer also received their own certificate rec­ognizing their hard work. “Thank you to Bobbi and her team for their outstanding dedication to providing these animals a safe and beautiful habitat,” Anderson commended. “East County is lucky to have such an incredible animal sanctuary and educational opportunity in our own backyard.” 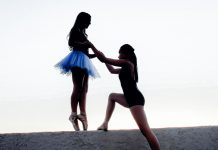 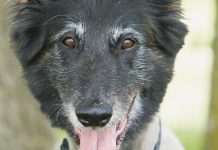 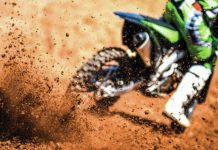