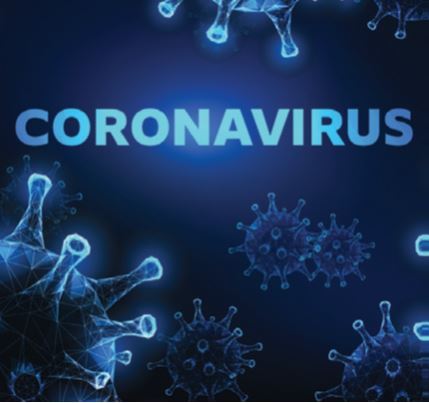 The county of San Diego hosted five virtual workshops this week to gather input from residents on how to distribute the estimated funding it will receive from the American Res­cue Plan Act of 2021.

The District 2 workshop was attended by corresponding Su­pervisor Joel Anderson and fa­cilitated by San Diego County Assistant Chief Executive Of­ficer Michael Vu, who said par­ticipation was important as the sum of money coming into the region to offset effects of the COVID-19 pandemic is quite large.

Out of the $130.2 billion ap­proved by the Federal govern­ment under that plan, the San Diego County region is slated for $1.26 billion with $611.6 mil­lion going to all the cities in the region and $647.5 million going to the county.

By design, those funds must be spent on the COVID-19 public health response, economic im­pacts, reduction in revenue, in­vestment in infrastructure such as water and broadband internet service, and premium pay for es­sential workers.

“ Tonight is about your thoughts on how to allocate funding,” Vu said, before ex­plaining that allocation would be modeled in part on how past dollars were spent.

Previous funding, he said, was primarily spent on testing, treating and vaccinations; eco­nomic impact funding; and food delivery services through a con­tract with Great Plates.

Each poll included an option for participants to supply sug­gestions or feedback.

Participants were asked to supply that information in the Chat feature of the Zoom meet­ing where it was only visible to host panelists, who shared some of the ideas throughout the eve­ning.

A few participants suggested including grandparents in child­care subsidies.

San Diego County Director of Equity and Racial Justice Andrew Strong, who helped fa­cilitate several of the polls said “it’s critical that funding is dis­tributed in a way that reflects all our communities needs,” and agreed that grandparents have taken on additional caregiver duties so parents can work while schools participate in distance learning.

Other notable suggestions in­cluded supplying economic help to small businesses that agree to hire high school students who are entering the job market and several mentions of using funds to help disabled residents.

“I love the idea of funding businesses that agree to hire high schoolers, we have to do more of that,” Strong said.

Although it appeared from data that fewer than ten par­ticipants offered feedback and those were primarily from Ramona, Campo, La Mesa and Lakeside, Vu said the county “will be compiling all this infor­mation and framing out how to use these respective funds for future consideration” in com­bination with feedback from other districts.

San Diego County’s COVID-19 subcommittee chair Nathan Fletcher said they are going to put as much of the money as possible into helping working families and small businesses recover. 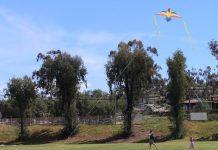 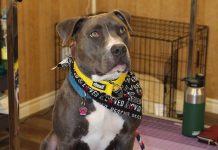