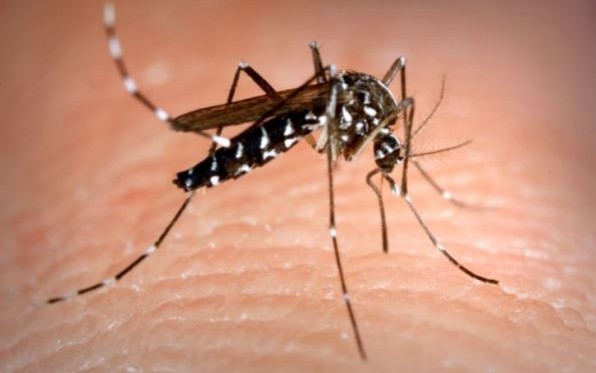 The county’s vector control benefit assessment will remain at $8.37 per benefit unit. The assessment has not been changed since 2019. The San Diego County Board of Supervisors, whose members are also the board of the county’s Vector Control District, voted 4-0 June 29 with Terra Lawson-Remer absent to approve the engineer’s report and to retain the annual $8.37 assessment. The assessment is in addition to a service charge which remains at $3.00 for the coastal region and $2.28 for the suburban and rural regions. Both the vector control benefit assessment and the service charge are placed on the landowner’s property tax bill.

The Vector Control Program is administered by the county’s Department of Environmental Health and Quality. The program’s primary goal is to prevent vectors from reaching public nuisance or disease thresholds by managing vector habitat and preserving habitat values for vector predators and other beneficial species. The California Health and Safety Code defines a vector as any animal capable of transmitting an agent of human disease or producing human discomfort or injury. Vectors include mosquitoes, flies, feral bees, wasps, gnats, mites, ants, ticks, cockroaches, scorpions, venomous spiders, rattlesnakes, rodents, bats, and other small insects and vertebrae. Gophers, which can damage yards but do not directly threaten human health or comfort, are not considered vectors.

The Vector Control Program identifies vector species, recommends techniques for their prevention and control, and anticipates and minimizes any new interaction between vectors and humans. The Vector Control Program’s functions include early detection of public health threats through comprehensive surveillance, protection of public health by controlling vectors or exposure to vectors, and timely responses to customer service complaints or other requests.

The service charge was adopted in 1989 and was originally $3.80 per property. In 1995 that assessment was reduced to its current rate while the three regions were established to address differing service levels. In 2003 the county adopted its West Nile Virus Strategic Response Plan which won awards from both health and government organizations but which reduced the level of effort against other vectors and depleted the Vector Control Program reserves. Hantavirus and plague monitoring were reduced by 75 percent, and in 2004 the county’s first hantavirus case was discovered in Campo.

Rather than seeking additional funding only to restore the previous levels of activity, a larger assessment for an enhanced program was proposed and subsequently approved by the county’s landowning voters in 2005. The voters approved a maximum rate of $8.55 per single-family equivalent with allowable annual increases based on the San Diego Area Consumer Price Index but no more than 5 percent per year (for 2022-23 the maximum authorized assessment is $12.80 per single-family equivalent). The $8.55 additional assessment raised $9.5 million for the program including $2.3 million in one-time costs.

The assessment covers all properties in San Diego County, including those in the county’s 18 incorporated cities and those owned by government agencies. A single-family home is assessed the base rate, agricultural property with a house is assessed the base rate plus nine cents per acre, and agricultural property without a house is assessed the base rate per 100 acres. Factors which determine the annual rate include expenditure needs, rollover revenue (money not used in the previous year due to cost savings), and trust fund income. The rate was reduced to $6.36 for 2006- 07 and to $5.92 for the following three years. A decrease in rollover revenue and lower interest rates which reduced trust fund income forced an increase to $6.20 in 2010-11, but a reduction in seasonal staff due to favorable climate conditions allowed the rate to be lowered to $5.86 for 2011-12. That $5.86 rate was retained for four years, and the development of efficiency processes along with the completion of specific phases of programs allowed for a reduction to $5.00 for 2015-16 and 2016-17.

The ability to keep the vector control assessment unchanged for 2022-23 is due to the ability to maximize efficiencies and streamline operations. More efficient laboratory reporting and the development of redesigned eye gnat traps which reduce required maintenance are expected to save more than $60,000 a year in staff time costs. Mosquito control efforts were expanded for unique known breeding sites including the use of a water pump to apply larvicide more effectively within thick aquatic vegetation such as cattails. The Vector Control Program also developed extended larvicide treatment stations which may, pending the result of pilot studies, provide improved mosquito control efforts in tidal areas.

San Diego County had no locally- acquired West Nile Virus cases during 2020 or 2021. Last year the Vector Control Program responded to more than 3,750 complaints or requests for service from San Diego County residents, which is down from more than 5,500 responses in 2020. The Vector Control Program monitors more than 1,600 known mosquito breeding sites, and last year 1,367 mosquito batches along with 79 dead birds were tested for West Nile Virus. Educational outreach is provided both on-line and with physical handouts and in six different languages.

The $12.3 million budget for Fiscal Year 2022-23 consists of $8 million for permanent and seasonal staff salaries and benefits, $3.3 million for services and supplies including larvicide, aerial applications, and outreach materials, $0.6 million for transportation and equipment costs including maintenance and fuel, and $0.4 million for overhead and other incidental costs.