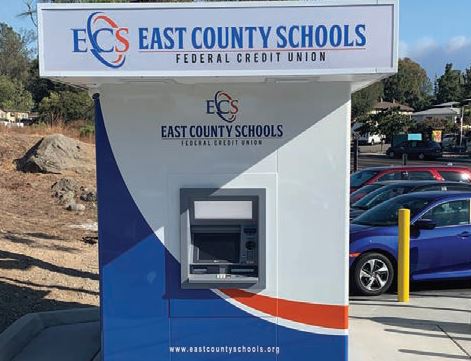 East County Schools Federal Credit Union began in 1956 as the Grossmont Union High School District Employees Credit Union, started by employees of the school district. East County Schools Federal Credit Union President & CEO Steven Devan said it was started by a couple in the district who had a terminally ill child and employees were donating sick and vacation time so one of them could stay home with the child, with people eventually direct donating to the family. One of their administrators at the time, Thomas Gould thought this was what a credit union should be like, so he and four other administrators from GUHSD formed the credit union. For the first 30 years, the credit union’s office was at the GUHSD administration building.

After moving to El Cajon, the credit union grew to include the Grossmont-Cuyamaca Community College District, changing its name to Grossmont Schools Credit Union. After expanding its services to all school employees and their families, eight years ago, Devan said it changed its name to East County Schools Credit Union as it encompassed all school employees in East County.

“As part of that we picked up the Alpine Union School District, and for the past 20 years, we have become the largest financial institution serving the business services at the school districts,” he said. “We not only serve the employees, but we also serve the districts, as well.” Devan said there was no credit union presence in Alpine, but in collaboration with the AUSD administration, and board members, they said that if the credit union could put an ATM in Alpine, it would be a great benefit to the school employees. So, the credit union just placed an ATM at Liberty Charter High School, the site of the old Alpine Elementary School.

“It just made sense for the greater Alpine community as a whole,” he said. “It does not have surcharge free ATM services there.”

Devan said the Liberty Charter location was chosen because of traffic flow, function, and easy access to the Alpine community, and it does not cause a distraction to the flow of daily school activities. He said talks about this began when Alpine Elementary School was still in session at that location.

“Because we exclusively serve school employees, we are inspired to do these kinds of things. Alpine is considered an underserved community in the credit union world.”