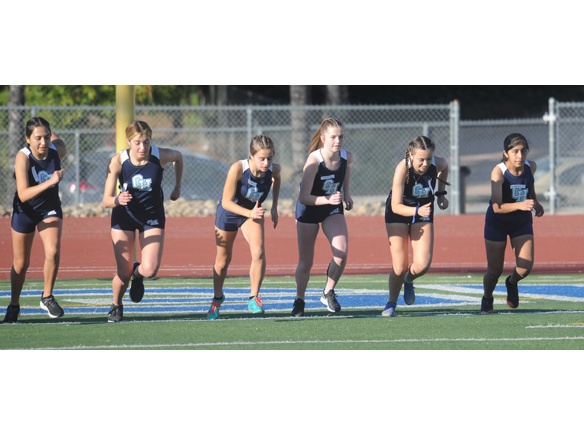 Numbers are down during the cross country season. There’s no question about it.

Until high schools across the region open up fully, not all stu­dents will be able to partake of the social amenities offered by clubs and on-campus athletics.

“It’s unfortunate that we can­not reach all of the student body yet,” Granite Hills cross country coach Walter Bueno ex­plained. “The lack of attendance is a problem. It’s been rough all around for all the sports.”

The boys varsity matchup featured 13 runners — six from West Hills and seven from Gran­ite Hills. It takes five runners to score in a meet.

The Wolf Pack placed six of the first seven runners to win 18-41 to improve to 2-1 on the sea­son while the Eagles fell to 1-2.

Granite Hills placed four of the top five runners in the girls varsity dual, though the out­come was already decided be­fore the race started due to the lack a fifth scorer on West Hills.

“It’s unfortunate they didn’t have more people or a full squad but we’re fortunate to have what we have,” Bueno said. “This is the first year we’ve had a course on campus. The kids are still getting used to it.”

Both genders ran in the same race — one for varsity and one for JV — rather than having four different races. It helped com­press the time element.

The boys varsity race fea­tured a tight pack for half of the 2.3-mile distance, with four of the top six runners from West Hills.

“Halfway through there was one pack,” Bueno said. “No one seemed to want it. West Hills played that one very strategi­cally.”

In the girls varsity race, West Hills senior Angelica Emlund (15:53.9) had a 60-yard lead mid­way through the 2.3-mile race but could not maintain the lead as Granite Hills freshman Karli Howard (15:49.5) engineered a spirited comeback to win by four seconds.

Granite Hills swept both the boys and girls varsity duals the previous week against visiting Helix. The girls won by a score of 17-42 while the boys came out on top 23-34.

Granite Hills placed six in the top 10 in both races. 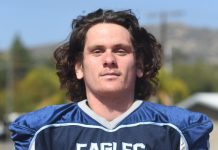 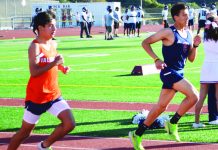