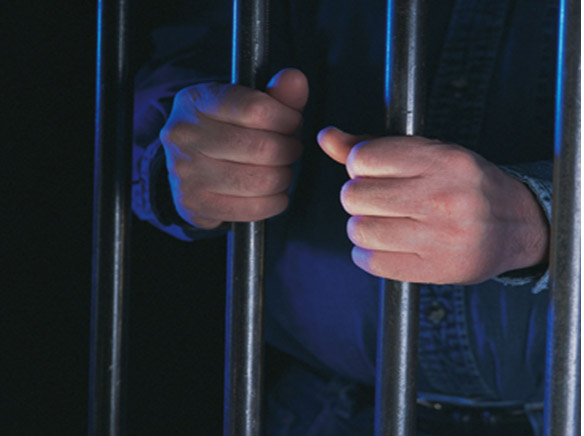 Five Alpine residents who overdosed on hidden fentanyl within their cocaine are alive because first responders treated three of them with Naloxone before taking them all to hospitals for immediate treatment.
They are alive, but no thanks to the drug dealer who sold them the cocaine, and he was sentenced Monday to 10 years in federal prison by U.S. District Court Judge Anthony Battaglia in San Diego.
“Buyer beware. These people thought they were using cocaine, not deadly fentanyl,” said U.S. Attorney Robert Brewer in a statement Monday.
“This is a strong sentence for a dealer who came close to pushing his unwitting customers to the point of no return,” Brewer said.
“Dealers are on notice: We have an unyielding commitment to identify fentanyl dealers in our community in order to save lives,” said Brewer. “And users: Don’t play Russian Roulette with your life.”
Naloxone is a drug that reverses the depression of the central nervous system and respiratory system caused by opioids. The incident occurred Dec. 7, 2017 when multiple calls came in to assist Alpine Fire Department workers on non-responsive victims.
Five Alpine men were transported to hospitals from three locations. Three of the five received Naloxone at the scene, according to the U.S. Attorney’s sentencing memorandum.
Deputies found one victim lying unconscious on the floor of an apartment. He received multiple Naloxone treatments and was able to be revived before going to the hospital.
Assistant U.S. Attorney Sherri Walker Hobson said all five did not know they were using fentanyl after snorting cocaine. “If you snort it, it goes right into your system,” said Hobson to the judge.
“These drugs, cocaine and fentanyl are dangerous…and highly addictive,” said Battaglia, adding “you should have known better.”
Joel Rodriguez, 30, of Chula Vista, dressed in a tan prison uni¬form, apologized for his conduct. He pleaded guilty March 1 distribution of cocaine and conspiracy to distribute fentanyl.
“I deeply regret what I’ve done. I’m not a bad person,” said Rodriguez, who added he made “wrong decisions.”
“He’s very grateful no one ended up dead,” said Rodriguez’s attorney, Holly Hanover.
Hanover said Rodriguez’s father got him involved in drug smuggling when he was a juvenile. As an adult, Rodriguez worked landscaping, but he had to quit after undergoing sinus surgery, said Hanover.
Hanover said Rodriguez is “highly motivated” to change his conduct. She said he has a 12-year-old son, and he wants to be involved in his son’s life.
She asked for a 70-month sentence, but acknowledged that with his guilty pleas “we’re stuck with maximum minimum” term of 10 years.
Hobson told the judge that Joel Rodriguez should have known about the risks, considering his father was sentenced to 144 months in prison for illegal smuggling. She cited text messages that indicated “he knew that this was dangerous.”
After the overdoses, Rodriguez got rid of his cellphone, but one source had Rodriguez’s text messages stored on his phone, according to the sentencing memorandum. The prosecutor said Rodriguez had distinguished code words for cocaine and fentanyl.
His residence was searched after the overdoses and investigators found a digital scale, baggies of drugs, a notebook with names and pay owe sheets, according to records.
“Our thoughts go out to the friends and families of the victims,” said Juan Munoz, acting special agent in charge of Homeland Security.
“Mr. Rodriguez made the decision to risk the lives of others to make a quick buck,” said DEA special agent Karen Flowers.
“Five people almost lost their lives from the drugs provided by Mr. Rodriguez,” said Flowers.
“Now Mr. Rodriguez will pay for his poor decisions by losing his freedom for 10 years during the prime of his life,” said Flowers. “His sentence should serve as yet another reminder: If you deal drugs, there will be consequences that will cost you your freedom.”
Rodriguez will get credit for the 19 months he has spent in jail since his arrest on Dec. 12, 2017.