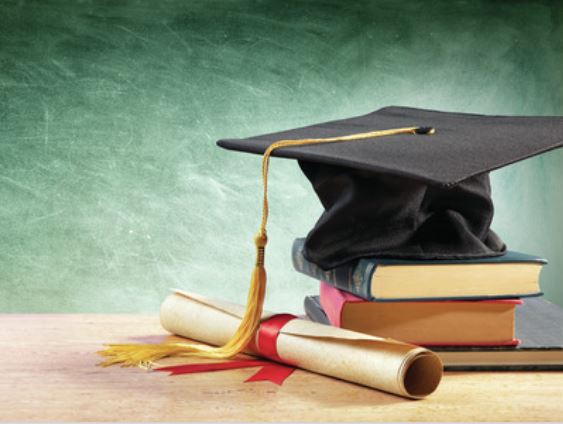 It has been a lifelong love of science that led Alpine native Leslie Paige Taylor in her pursuit of knowledge physics. She became a science fiction fan early in life watching “Star Trek” and “Stargate” with her father growing up.

“It was cool to imagine something beyond the earth and learning about a new frontier that we did not know anything about,” she said. “I was also very curious and always like why, why, why? In high school we started with biology and in biology I wondered why is ATP (adenosine triphosphate) the powerhouse of the cell? Well, that is chemistry. In chemistry, learning about electron orbitals, and I was like, why do electrons go around a nucleus? Well, that is physics. Then I got to physics, and I was finally satisfied. Science fiction gave me something to wonder about which led me to physics.”

Taylor is the daughter of Steve Taylor and Ruth Turner. The family has lived in Alpine for 33 years. Taylor attended Shadow Hills Elementary, Joan McQueen Middle School, then graduated from Granite Hills High School in 2011. Taylor earned her bachelor’s in physics in 2015 at UC Berkley, then at the age of 21 was teaching physics at Pittsburg High School in Northern California when accepted to the physics Ph.D. program at the University of Wisconsin — Madison, earning her master’s degree in 2019, and on Oct. 28 received her Ph.D. in physics.

While at UW Madison, Taylor joined an international team in constructing a prototype gamma ray-detecting telescope at the Fred Lawrence Whipple Observatory, south of Tucson, Arizona, owned and operated by the Smithsonian Astrophysical Observatory.

The goals of the prototype Schwarzschild-Couder telescope (pSCT), introduced in January 2019, is to demonstrate the performance of the optical system, gain experience with optical alignment, and operate the (silicon photomultiplier) SiPM camera.

The pSCT is one telescope for the Cherenkov Telescope Array project, made up of 118 telescopes across two sites, near Paranal, Chile, and La Palma in the Canary Islands, Spain. This prototype is a candidate for the Array, and Taylor said hopefully, this telescope will be a part of it.

As Taylor works at looking deeper into the universe, it is all about gamma rays.

“You can think of gamma rays as a different color of light that we cannot see, like ultraviolet light which is a little more energetic than light we can see,” she said. “Gamma rays are more energetic. When you look up into the night sky, being able to see gamma rays is helpful because we can see more things in the universe when we look at this wavelength. It turns out that interesting astrological objects give off gamma rays. Neutron stars, starburst galaxies, potentially dark matter, so it is a particularly interesting way to look.”

Taylor said gamma rays can not make it through earth’s atmosphere, so the telescope detects them indirectly. A gamma ray hits the atmosphere and creates a particle cascade in the atmosphere, and we can detect light given off by that,” she said.

“The thing that makes my telescope different from other gamma ray telescopes of similar design is that most telescopes have only one mirror which is used to bounce that light into the camera,” she continued. “But the telescope I work on uses a two mirror design, so light comes in and bounces off one mirror, the second mirror, and then to the camera. This focuses the light more, has better optical qualities, so we do not have as much stigmatism or changes in what the light looks like.”

Taylor said they are looking just to see what is out there, and that this technology is still in its preliminary stages.

“When the first telescope was invented, people just pointed to the sky to see what was up there. There are still many sources that we have not detected and many things we have not seen yet. That is the main thrust right now,” she said.

Taylor said as technology develops and the ability of the array of telescopes, it allows scientists to investigate source they already know about with a greater level of detail, with different wavelengths of light and different mediums.

“A source, like an active galactic nucleus, it is a big black hole in the center of the galaxy spewing out a lot of radiation, like gamma rays that we can see,” she said. “It will also spew out cosmic rays which are particles like electrons or protons, and potentially gravitational rays which are neutrinos. The telescope I work on is just one part of this greater effort to look at these objects through these many different messengers through many different lenses to learn more about them.”

In 2020, the telescope detected the Crab Nebula, discovered by English astronomer John Bevis in 1731. The Crab Nebula is a supernova remnant and pulsar wind nebula, located in the constellation of Taurus.

The Crab Nebula is a supernova remnant that exploded nearly a thousand years ago. Cosmic gas and dust left over, it left a neutron star, leaving a bright and constant source of gamma rays.

“It’s usually the first object that very high energy gammaray telescopes look toward because, if the telescope detects it, scientists know that all aspects of the telescope are working properly,” said Taylor.

Taylor said for young women interested in science, the first thing to realize is that you do not have to be an A student.

“Scientists are people that are just curious about the world and want to learn how it works,” she said. “If you are curious, you can be a scientist. I think for many women, especially young girls, they feel like they must be the best, or better than their male peers to do something. But that is not true. If you are curious about it and enjoy it, you should go for it. It does not matter if you are the best. You will learn through experience.”