The Alpine 4th of July Parade & Festival will be from 10 a.m. to 2 p.m. next Thursday. The parade will start on West Victoria, turn onto Alpine boulevard, and then to Tavern Road.
Food, family fun and live music at the Alpine Community Center, is billed as a part of the festival after the parade.
Pene Manale, the event coordinator for Alpine – Kiwanis International, revived the parade in collaboration with other Alpine organizations such as the Alpine Community Center, Alpine Chamber of Commerce, Alpine Woman’s Club, Alpine Community Church, Knights of Columbus, Alpine Historical Society, and more.
“This is our third one,” Manale said. “We have over 60 entrants—floats, a couple of bands, and the Alpine Outlaws.”
She also said the holiday celebration has become so popular she had to turn away program sponsors. However, there are other ways for people to spend a little money supporting the July 4 festival.
“You can pay to have your friend or husband arrested,” she said about a makeshift jail that will be a part of the parade. The jail float is a fundraiser for the Alpine Outlaws, who use money raised from “bail” to support various charities such as The Burn Institute.
The parade and festival gets started on an auspicious note.:
“We have a fly-over at the start and church bells ringing” said Ray Meanor, who has portrayed Uncle Sam in previous Fourth of July parades.
There will be a 1st, 2nd, and 3rd place trophy for the winning three parade participants.
“The first place for floats, the last two years, was the Alpine Garden Club,” said Manale, who noted the garden club will not be participating this year.
“What we’re really short of are marching bands,” said Manale. “They’re all out for the summer or other parades get them.”
The parade grand marshal will be Alpine’s honorary mayor, Linda Cioffi.
The Kiwanis Cook Shack will be offering hot dogs, ham¬burgers, and cold drinks at the festival held at the Alpine Community Center.
The Salvation Army will have popcorn, cotton candy, and snow cones at the festival.
“The Alpine Fire Protection District is proud to participate in the annual 4th of July parade,” said fire marshal Jason McBroom. “Local participation with all the businesses and homeowners means a lot to the fire district. We’re appreciative and grateful for the invitation.”
Parade participants and activities include: a flyover of WWII biplanes, Alpine and Viejas firefighters, beauty queens, costumed animal performers Fantasy Donkeys, Kamp’s Propane Tractor, Congressman Duncan D. Hunter, Smokey the Bear, the main sponsor-Viejas Enterprises, the Wall of Honor float, plus more.
The Alpine Woman’s Club & Historic Town Hall will have restrooms open, port-a-potties will be stationed along the route, Seek & Gather boutique will have a parade attendee comfort area.
The schedule of events starts off with the 10 a.m. parade and at 11 a.m. the festival in the park begins with the live band, “The Ideas,” game booths, vendors, a balloon twister, bounce house, magic show, and dunk tank.
Volunteer positions start on July 3 with tent set up, traffic control on July 4, vendor support on July 4, and tent take down and clean up, starting at 3 p.m. on July 4th. Visit www.alpinekiwanis.org for more information. 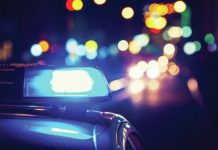