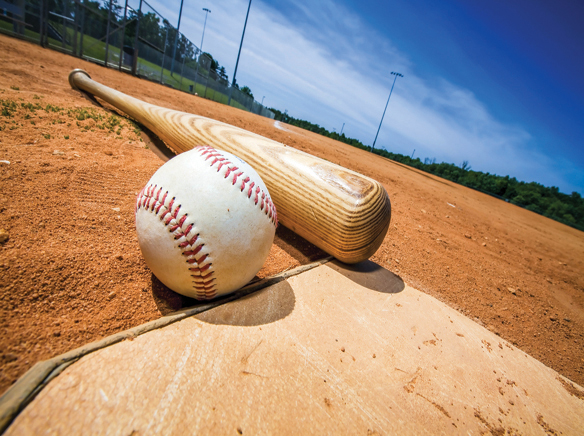 The San Diego Section will crown its six divisional baseball champions May 26-28, at the University of California San Diego’s Triton Field.

Nine East County teams gained admission to this year’s playoff field, including three teams in the elite Open Division. The mission is to qualify for the double-elimination rounds and stay in title contention for as long as possible.

Several teams have received seeds that could result in a deep run.

The Open Division title game is scheduled for Friday, May 27, at 7 p.m.

The Division I final is scheduled for Thursday, May 26, at 7 p.m.

The Division II championship game is slated for Friday, May 27, at 4 p.m.

The Division III title contest is scheduled for Thursday, May 26, at 4 p.m.

The Division IV championship game is scheduled for Saturday, May 28, at 1 p.m.

Granite Hills defeated host Helix, 10-3, on May 6 to place enough distance between itself and the Highlanders to secure bragging rights to this year’s Grossmont Hills League championship.

The Eagles subsequently dropped a 5-4 decision at Steele Canyon on May 11 but ended regular season play with a 10- 0 win over visiting Santana on May 12.

Granite Hills finished 10-2 in league and improved to 21- 5 overall on the season as the top-seeded team in the Open Division (and top-ranked team in the county).

Santana (6-6 in league, 17-9 overall) received the No. 5 seed in the Open Division and was set to tangle with fourth-seeded Rancho Bernardo (18-10) in Wednesday’s quarterfinals.

The Highlanders (8-4 in league, 16-10 overall) received the No. 8 seed in the Open Division and a quarterfinal-round clash against Granite Hills on Wednesday.

All quarterfinalist teams advance to Friday’s second-round, with the winner of that game advancing to Tuesday’ fourth round slate of games and the loser of Friday’s contests being eliminated.

Third-round contests are scheduled for Saturday, May 21. If further elimination games are needed, they would be played on Thursday, May 26, in advance of the championship game.

Senior Hudson Beamon and junior Camden Sos both drove in three runs in the win over Helix while freshman Brenden Lewis had two RBI. Lewis and Sos both slammed home runs while senior Cody Macias and junior Jacob Embleton both collected doubles.

Sos and Embleton both scored twice in the game.

Steele Canyon snapped a six game losing streak with the come-from-behind win over the Eagles, who held a 4-2 lead before the Cougars rolled across three runs in the bottom of the seventh inning.

Senior Taylor Corella paced the winners with a double and two RBI while seniors Weston Clark, Ray Marrero and Diego Ceniceros each drove in one run.

Senior Tanner Vielguth drove in three runs in the season-ending win over the Sultans while Beamon and Lewis both collected two RBI.

Granite Hills out-hit Santana 10-6 in the game, allowing Tomasello to pick up the win while scattering five hits over six innings with five strikeouts. Vielguth pitched the final inning with two strikeouts.