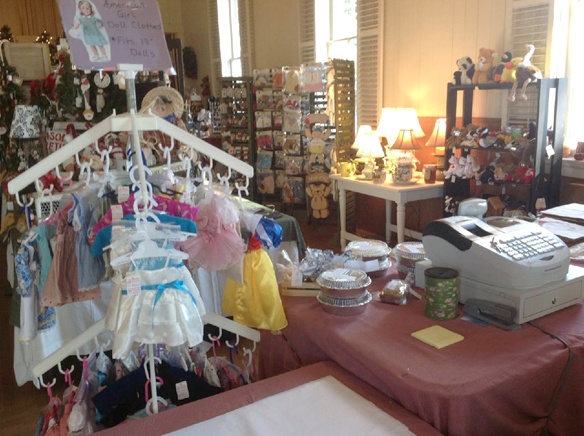 Alpine Country Gifts and Crafts owner Saralynn Hopkey said this is the 29th year of the Harvest Festival. She said twice a year, in March and October they hold a craft show at the Women’s Club. Hopkey said the rent she pays to the Club goes to its scholarship fund.

“I rent the building from them. I furnish the crafters and there are 30 crafters involved in it, with juried, mostly handmade items,” she said. “Those crafts mostly consist of jewelry, soft fabric items, decoupage. It is a very good craft fair and bring many people to Alpine.”

Hopkey said her list is huge, and people come from all over San Diego County and beyond. She said it is a yearround job to get so many artisans in one place.

“If crafters like a craft show they will stick with you,” she said. “You do not have to do much to entice them to come back up the hill. They are there and they are very good. Some of the crafters have been at these festivals since day one. Some promoters do not like to promote crafters, but I love to do that. Because at one time, someone promoted me, and that is one tradition that I have tried to keep going.”