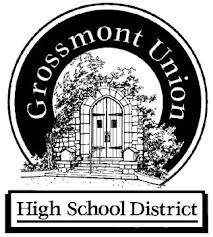 By George Barnett
For The Alpine Sun

By George Barnett
For The Alpine Sun
Superior Court Judge Joel Pressman had requested the Alpine plaintiffs to amend their legal complaints following some 6 months of pleadings and information/evidence gathered at various hearings.  That was done, and the amended complaints were resubmitted.  Grossmont had the right to challenge the amended complaints.  They did, and as with the 1st demurrer last December, Grossmont  again asked the Judge to dismiss them.  Attached is the Judge’s final ruling following last Friday’s 2nd demurrer hearing.
The Judge’s writings over-ruling the demurrer request are quite specific.  He has found that Alpine Union School District and Alpine Taxpayers for Bond Accountability (of which I am one of the plaintiffs) each have legal standing regarding their respective complaints.   He has written that on the basis of the Defendants’ pleadings these past several months, the Court has not found that a contract between Grossmont and Alpine to build a high school did not exist; nor has the Court found that the bond ballot text of Prop U did not compel Grossmont to build the school.
Assuming Grossmont’s lodged appeal of Judge Pressman’s spending injunction loses, and a 3-judge panel of the Appeals Court has denied Grossmont’s request to ‘stay’ the spending injunction, there will be a straight line to trial in Superior Court the first week of December.
It appears that the short and sweet part of this is that the Judge has rejected Grossmont’s pleadings that it did not have a contract commitment with Alpine to build a high school; and he rejected Grossmont’s pleadings that it was not compelled to build the high school by the “promises” in the bond ballot text of Prop U.  To me, this is extremely powerful.  The “trial” scheduled for the 1st week of December will not be a jury trial.  It will be an administrative trial before Judge Pressman.
For your information, Grossmont is planning for another tranche of Prop U bond sales over the next few months, and in the amount of $68 million.  As with Judge Pressman’s spending injunction, Grossmont has adequate cash to pay for an Alpine high school without adversely impacting other bond projects already committed by contract.
There will be an Alpine town hall meeting this Thursday evening (tomorrow) at Alpine Elementary hosted by Superintendent Bruce Cochrane for an update on AUSD’s unification. https://drive.google.com/file//0B2hdd6bENBDOQkI0ZDh6UVlFd3c/view?usp=sharing  The town hall will have updates of the legal actions, and on the unification process status with the State Board of Education.