Smith, a returning state quali­fier, pinned all three of her oppo­nents in the first period to march off the mat with the gold medal.

She was the lone East County champion in the 45-team single division event to conclude the sea­son.

There will not be a girls section Masters state-qualifying tourna­ment or a state championship event this year.

Smith was impressive on the mat in this shortened season, placing runner-up at the 18-team Granite Hills Invitational on May 8 and first place at the Grossmont Conference championship tourna­ment on May 15 while wrestling boys.

She lost by a respectable 9-2 de­cision to Olympian’s Abram Cline at the Granite Hills Invitational and defeated Grossmont’s Andrew Mercado at the conference finals by a score of 7-2.

Smith was just as impressive at last Saturday’s all-girls event with a 1:08 pin of Steele Canyon’s Bella Sevillano in the quarterfinals, a 1:39 pin of Imperial’s Sandra Ar­guelles in the semifinals and a 54-second pin of Brawley’s Jay­lee Cazares in the championship round.

Tolentino opened the tourna­ment with three quick pins mea­suring 42 and 40 seconds and another in 1:29 but was pinned in the final in 2:25 by Imperial’s Ariah Barragan.

Stevens won her opening two matches — a 4:39 pin against Olympian’s Makenna Harbin in the quarterfinals and a 17-5 major decision over Clairemont’s Riley Higgins in the semifinals. Howev­er, Stevens could not continue her winning streak after dropping a 7-0 decision to Rancho Bernardo’s Annabel He in the championship round.

Rocha Ibarra pinned her way to the finals with falls of 21 and 37 seconds but lost a close 10-7 deci­sion to Olympian’s Angelina Leal in the championship round.

The San Diego Section will hold its traditional four divisional boys wrestling championships this Sat­urday at selected sites around the county.

East County will be the site of the Division IV tournament, which will take place at Mount Miguel High School, starting at 9 a.m.

There will be no section Mas­ters state-qualifying tournament or state championship event this year. 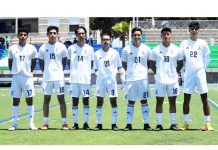 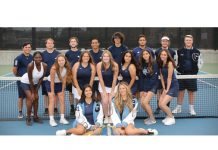 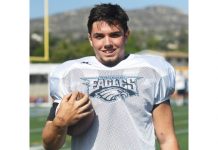