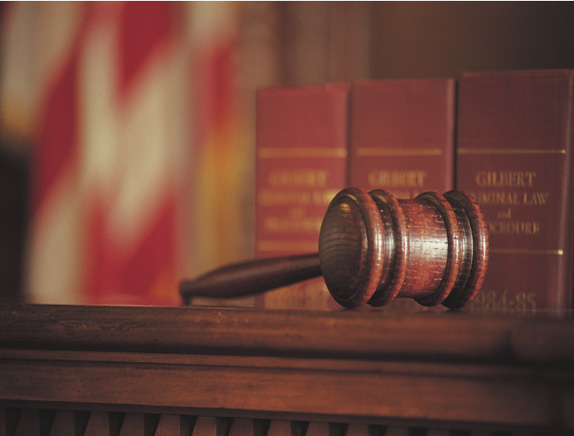 A judge ordered a Boulevard man June 27 to stand trial for allegedly killing his older brother with a shotgun after an argument.
Approximately 10 friends, family members, and neighbors attended the preliminary hearing of David Wayne Smith, 52, who is charged with murder in the Nov. 1, 2018, slaying of Danny Smith, 63.
Dr. Leslie Anderson, a deputy medical examiner, told El Cajon Superior Court Judge Daniel Lamborn that she conducted the autopsy and the cause of death was a shotgun wound to the head.
Anderson said the entry wound was through the left eye and because there was soot around the wound, the shotgun was fired “in a close range” to the victim.
Anderson said the shotgun was fired from a distance of “inches to possibly a foot or two” from the victim. The victim had no other injuries, she said.
The slaying occurred around 4:17 p.m. inside a residence on the property at 38326 Highway 94. Both brothers lived on the rural property in separate residences.
“I shot Danny in the eye,” said David Smith at the scene to someone, according to sheriff’s detective Rene Kirchhoefer.
“He believed the safety was on,” said Kirchhoefer, who inter¬viewed David Smith. “He might have taken it off as he shot it earlier in the day.”
On cross examination, Kirchhoefer said David Smith “was coherent, relatively calm for what had just happened…(and) sad.”
The detective interviewed other witnesses including the brothers’ mother who said David Smith had complained about a lack of feeling in his hands after dropping some tools.
Another witness described David Smith as “frantic” after the shooting, said Kirchhoefer.
Smith’s attorney, Shea Connelly, told the judge Smith had no criminal record except for an incident of driving under the influence of alcohol 10 years ago.
Connelly described the incident as “a tragic accident where a shotgun was discharged inside a residence.”
Connelly urged Lamborn not to order Smith to stand trial for murder, adding there was no evidence it was a deliberate shooting.
“There is credible evidence he was in an angry state of mind,” said Deputy District Attorney Agustin Pena.
Pena said the shooting followed an argument between the brothers, and a trial issue would be whether or not it was intentional.
The prosecutor said David Smith should not have grabbed a shotgun following an argument. “Minimally, (it is) a very, very reckless act,” said Pena.
Lamborn also ordered Smith to stand trial for discharging a weapon in a grossly negligent manner. He said there was probable cause to order a trial.
Other witnesses included the brothers’ sister, Carla Smith, who said the gunshot woke her up, and another sheriff’s deputy.
Smith pleaded not guilty at the end of the hearing and his attorney asked that some bail be set. Pena opposed setting any amount of bail, saying Smith was dangerous.
The judge set bail at $2 million and set trial for Oct. 7.
Smith remains in the George Bailey Detention Facility. He waived his right to have a speedy trial.