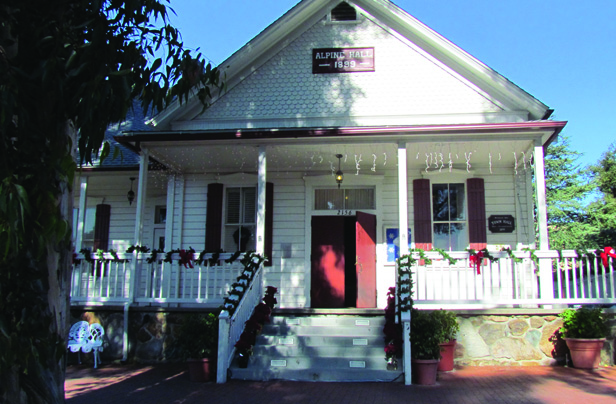 By Joe Naiman
For The Alpine Sun
The Motor Transport Museum, the Pine Valley branch library, and the Alpine Women’s Club will be benefitting from grants provided by County Supervisor Dianne Jacob’s Neighborhood Reinvestment Program budget.

By Joe Naiman
For The Alpine Sun
The Motor Transport Museum, the Pine Valley branch library, and the Alpine Women’s Club will be benefitting from grants provided by County Supervisor Dianne Jacob’s Neighborhood Reinvestment Program budget.
A 5-0 San Diego County Board of Supervisors vote April 9 allocated $41,700 to the Motor Transport Museum to re-roof the stables at Camp Lockett, $23,000 to the county’s library department to purchase and install a free-standing building at the Pine Valley branch, and $5,500 to the Alpine Women’s Club to renovate the clubhouse kitchen.
The Neighborhood Reinvestment Program is intended to provide grants to non-profit organizations for the furtherance of public purposes at the regional and community levels.  In addition to non-profit organizations, county supervisors can also fund schools and fire departments, and supervisors can also use money from their budgets to supplement other county funding for specific county projects such as parks, roads, and libraries.
Each county supervisor recommends the allocation of his or her Neighborhood Reinvestment Program funds, although those allocations must be approved by a majority of the Board of Supervisors.
The Motor Transport Museum has more than 200 vehicles along with related equipment and exhibits, and the public can observe not only the restored vehicles but also the process and progress of preservation and restoration efforts.  The Motor Transport Museum recently purchased 4.1 acres with four historic buildings which were cavalry stables at Camp Lockett during World War II.
The Neighborhood Reinvestment Program funding will be used to replace the existing roof to prevent further deterioration; the roofing material will be similar to what was used during World War II.
The Pine Valley branch library has a strong Friends of the Library group whose fundraising efforts augment programming and services.  The Friends of the Pine Valley Library will use a 10-foot by 16-foot freestanding building in what is now an unused portion of the library parking lot for additional retail space as part of their fundraising efforts.  The building will also be a memorial to library supporter Ann Stickel.
The Alpine Women’s Club owns and maintains the historic Alpine Town Hall which was built in 1899.  The Alpine Women’s Club itself was founded in 1914 and promotes the social, civic, educational, and cultural advancement of Alpine citizens while working with other organizations towards those goals.  The building is used by many civic organizations as well as for weddings and other special events, and two major community fundraising events are held each year in the clubhouse.
The kitchen renovation covered by the Neighborhood Reinvestment Program award will include new cabinets, a new faucet, new flooring, and paint. The April 9 action also reallocated $2,491.44 from a September 2011 grant to the Historic Highway 80 Corporation.  That $3,500 allocation was for signs along Highway 94 to help promote the historic route, but only $1,008.56 of that money was used.