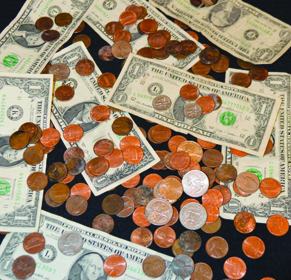 The county’s vector control benefit assessment will remain at $8.37 per benefit unit.

The San Diego County Board of Supervisors, whose members are also the board of the county’s Vector Control District, in June voted 5-0 to approve the engineer’s report and to retain the annual $8.37 assessment. The assessment is in addition to a service charge which remains at $3.00 for the coastal region and $2.28 for the suburban and rural regions. Both the vector control benefit assessment and the service charge are placed on the landowner’s property tax bill.

The Vector Control Program is administered by the county’s Department of Environmental Health. The program’s primary goal is to prevent vectors from reaching public nuisance or disease thresholds by managing vector habitat and preserving habitat values for vector predators and other beneficial species. The California Health and Safety Code defines a vector as any animal capable of transmitting an agent of human disease or producing human discomfort or injury. Vectors include mosquitoes, flies, gnats, mites, ticks, rodents, bats, and other small insects and vertebrae. Gophers, which can damage yards but do not directly threaten human health or comfort, are not considered vectors.

The Vector Control Program identifies vector species, recommends techniques for their prevention and control, and anticipates and minimizes any new interaction between vectors and humans. The Vector Control Program’s functions include early detection of public health threats through comprehensive surveillance, protection of public health by controlling vectors or exposure to vectors, and timely responses to customer service complaints or other requests.

The service charge was adopted in 1989 and was originally $3.80 per property. In 1995 that assessment was reduced to its current rate while the three regions were established to address differing service levels. In 2003 the county adopted its West Nile Virus Strategic Response Plan which won awards from both health and government organizations but which reduced the level of effort against other vectors and depleted the Vector Control Program reserves. Hantavirus and plague monitoring were reduced by 75 percent, and in 2004 the county’s first hantavirus case was discovered in Campo.

Rather than seeking additional funding only to restore the previous levels of activity, a larger assessment for an enhanced program was proposed and subsequently approved by the county’s landowning voters

in 2005. The voters approved a maximum rate of $8.55 per single- family equivalent with allowable annual increases based on the San Diego Area Consumer Price Index but no more than 5 percent per year (for 2021-22 the maximum authorized assessment is $12.20 per single-family equivalent). The $8.55 additional assessment raised $9.5 million for the program including $2.3 million in one-time costs.

The assessment covers all properties in San Diego County, including those in the county’s 18 incorporated cities and those owned by government agencies. A single-family home is assessed the base rate, agricultural property with a house is assessed the base rate plus nine cents per acre, and agricultural property without a house is assessed the base rate per 100 acres. Factors which determine the annual rate include expenditure needs, rollover revenue (money not used in the previous year due to cost savings), and trust fund income. The rate was reduced to $6.36 for 2006-07 and to $5.92 for the following three years. A decrease in rollover revenue and lower interest rates which reduced trust fund income forced an increase to $6.20 in 2010-11, but a reduction in seasonal staff due to favorable climate conditions allowed the rate to be lowered to $5.86 for 2011-12. That $5.86 rate was retained for four years, and the development of efficiency processes along with the completion of specific phases of programs allowed for a reduction to $5.00 for 2015-16 and 2016-17.

The Aedes mosquito transmits the Zika, dengue, and chikungunya viruses. The first Aedes mosquito detected in San Diego County was found in October 2014, and by 2016 Aedes mosquitoes were detected in 35 of the county’s ZIP codes. The vector control assessment was increased to $7.07 for 2017-18, and the increase to $7.93 for 2018-19 allowed for an additional staff position. The increase to $8.37 for 2019-20 allowed for two additional staff positions, although over the past two years retirements have led to vacancies and the assessment has not changed since 2019.