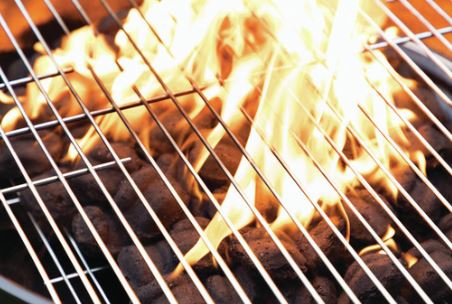 Although the 50th Anniversary Pine Valley Days community event technically should have happened last year, Mountain Empire Men’s Club Secretary Patrick Duggan, who is a key organizer of the event, said the group skipped the year due to the COVID-19 pandemic so this year’s event, coming up on July 30 and 31, will take its place.

The event takes months to plan and club members replace their once-monthly meetings with weekly meetings in July, just to make sure all the details are finalized.

Deep pit barbecue will be served from 5 p.m. to 10 p.m. on July 30 and the parade will start at 9 a.m. the following morning with family events, a horseshoe tournament and live music at Pine Valley County park.

“Friday night, we start with about 600 pounds of pork for the deep pit barbecue, and it takes lots of help wrapping it all up in burlap with seasonings before cooking it, then it goes into coolers to keep it hot until we take it all down to the park,” Duggan said Saturday morning, the parade kicks off at 9 a.m. with around 45 participants, followed by a full park festival with dozens of vendors, a coffee cart, beer tent and live music.

It’s a fun day for everybody and goes on until about three in the afternoon. This year will be different because we’re going to have a water slide along with all the other activities,” Duggan said.

Originally presented in 1970 as a rodeo with horse events and a parade, Pine Valley days has since transitioned to a barbecue and parade with a day in the park. All the profits from the event, as well as whatever the Mountain Empire Men’s Club raises at other events go toward scholarships for students in the Mountain Empire school district.

“We have a scholarship committee and try to give out as many as we can in varied amounts. We don’t get paid any remuneration whatsoever,” Duggan said.

They also solicit help from local schools, he said, calling on sports teams to come help out at the event, paying them in turn with grants to support specific items like a new set of uniforms.

“We don’t just look out for the sporting community and schools, we also get solicitations from people who have fallen on hard times. For example, we get letters on behalf of people from church communities and we look into whether we can help,” Duggan said.

Although 2020 was challenging, with no public events held to raise funds, he says the group has been fairly innovative with finding ways to stay involved with the community.

“Last Christmas when we normally have a Santa house, with COVID putting everything on hold we took Santa to the community. I organized a flatbed trailer, got Santa up there, way up high, some girls came along as elves, and we took the trailer though Pine Valley, Descanso, Guatay and Campo. It was a smashing success,” Duggan said.

More information on the event can be found at www.pinevalleydays.com