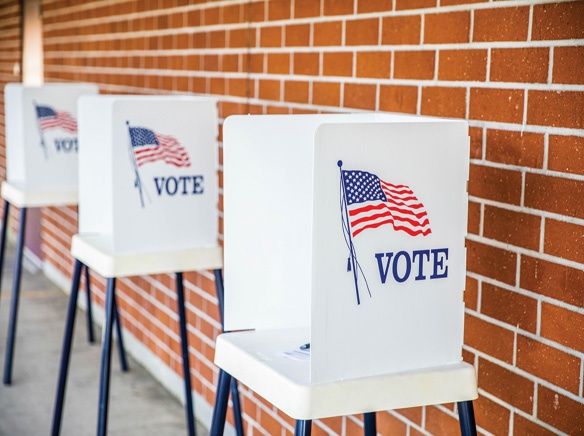 Editor’s note: In the weeks leading up to the March 3 primary election, The Alpine Sun will publish Q and A’s provided to congressional candidates.

Tell us a little about yourself, where you live and why you are running for Congress.

Jose Cortes is a socialist revolutionary, proud Chi­cano and worker who was raised in Lakeside. His father graduated from El Cajon High School and his mom and sister both teach at a school in the 50th district. Cortes himself was working at a school in the 50th dis­trict when the murder of unarmed black man Alfred Olango by the El Cajon Police Department and sub­sequent militarized police response to community protests awakened his political consciousness. During that spontaneous uprising he met organiz­ers with the Party for Socialism and Liberation and decided to join to fight for revolutionary change.

Since 2016, Jose has also become an anti-war organizer with The AN­SWER Coalition (Act Now to Stop War and End Racism). He was in­strumental in rescinding the ban on feeding the homeless in Wells Park in 2018 and also participated in the com­munity defense of historic landmark Chicano Park against white suprema­cists and neo-nazis who tried to vandalize the murals. Jose has experience in the nonprofit sector with ACCE (Alliance of Californians for Commu­nity Empowerment), where he lob­bied lawmakers in Sacramento, lead rallies and marches, and canvassed thousands of people in San Diego for rent control and affordable housing. He has achieved positive results for the working class already by organiz­ing in the streets — if elected, he will be able to take that fight to the halls of congress where rich politicians aren’t typically held accountable.

What are your top three priorities at the national level and how do you expect to make an impact?

Whether he is elected to congress or not, Jose will continue to be a strong voice against war for profit and influence. If elected to congress, he will fight the war machine and advocate that money be spent on important social programs and infrastructure rather than death and destruction. We will close overseas military bases, end occupations of sovereign countries, and bring all the troops home!

No. 2, healthcare, housing, educa­tion and a job as a human right. We are guaranteed life, liberty and the pursuit of happiness in the Constitution, but what is that guar­antee worth when we are hungry, homeless, or unable to access basic medical care? We plan to bring this revolutionary demand to the national stage by pushing for a constitutional amendment guaranteeing access to free universal healthcare (including dental, mental health, and reproduc­tive care), free education from pre­school through graduate school, and a tenant protection bill that implements national rent control and an eventual cap on rent at a certain percentage of household income.

No. 3, for the Earth to live, capital­ism must end!

Capitalism is a disorganized, ad-hoc economic system that encour­ages corner-cutting and chasing ever-expanding markets and profits at the expense of humanity and the environment. If we are going to address the pressing threat of climate change, we need a centralized, planned economy that is not beholden to profits but rather to the greater needs of human­ity. We need to address the fact that the US military is one of the world’s largest polluters.

What makes you the best candidate for the 50th District and why?

CORTES: The unique challenges facing the 50th district can’t be solved with business-as-usual politics. The Democrats, Republicans and Indepen­dents in this race are practically indis­tinguishable from each other when it comes to foreign and economic pol­icy; Jose is the only candidate who is brave enough to stand up to cor­porations, U.S. imperialism, and the ruling class to fight for the changes working-class people need. Although he is endorsed by two major politi­cal parties (Peace and Freedom and Green), his campaign is run entirely by volunteers and his largest donation to date is $250. Jose currently works 40+ hours a week at a call center, making him the only person on the ballot that is actually a worker and not independently wealthy. He is the true people’s candidate! This year, he hopes voters will take advantage of the opportunity to vote for a social­ist candidate in the 50th district and make their vote count for revolution­ary change.

What would you like to say that is not covered in the above questions?

Jose Cortes: Cortes is running on the Peace and Freedom ticket; PFP is a party that has its roots in the anti-war and civil rights movements of the 1960s. His top three campaign pri­orities are ending imperialist wars and closing U.S. military bases overseas, a constitutional amendment guaran­teeing housing, healthcare, education and a job as a human right, and an end to the capitalist economic sys­tem that causes exploitation, poverty, and climate destruction here and in the global south. Peace and Freedom is a socialist electoral party; the full platform also includes ending racism and discrimination based on gender or sexual orientation, abolishing pri­vate insurance companies, protecting union rights, ending mass incarcera­tion and police brutality, reparations, decriminalizing drugs, protecting workers’ rights to own firearms, and respecting Native American treaties and sovereignty, among other issues.

While Democrats and Republicans argue over whether we should use a fence or a wall to stop immigrants, Jose Cortes is the only candidate who has suggested fully decriminalizing immigration and ending imperialist US foreign policy in Latin American that is causing mass migration. Vot­ers are growing disillusioned with the two-party system and the “lesser of two evils” fallacy. They are hungry for real change.

Both parties have balked when it comes to affordable housing and wage increases; Jose’s platform calls for doubling the minimum wage and indexing it to the cost of living to en­sure everyone working full-time can afford to live with dignity and sta­bility. Additionally, he has called for a cap on rent at 10% of income to ensure housing is treated as a neces­sity rather than a commodity to be bought and sold for extreme profit. As the contradictions of capitalism sharpen, it’s important that voters have a real progressive option and an alternative to the status quo economic policy that is failing so many people. Rampant homelessness, chronic un­employment and underemployment, and high housing and medical costs are symptoms of the capitalist sys­tem. We can’t solve these problems with band-aid solutions, we need to address the root cause!