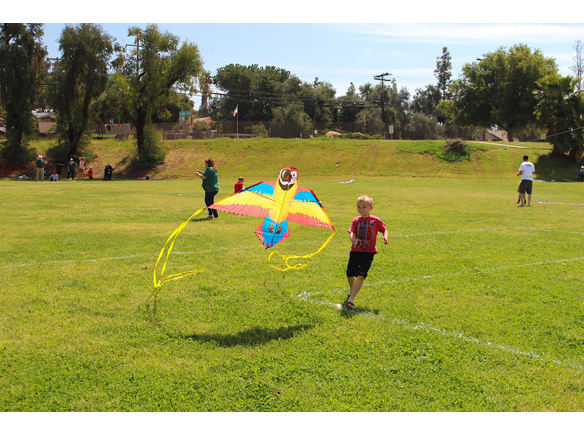 med by an unexpected mating situation.

“She started with 60, ended up with about 400 and was doing her best feeding and caring for them, but it was financially and physically too much to handle,” May said. 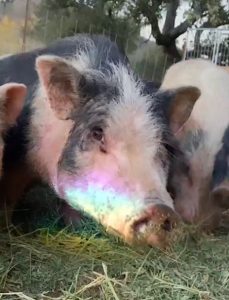 “This single has a new sound I am doing that is a mix of pop country with electronic dance music,” said Daniella. “This track is very pop, very EDM, with banjo in there to give it that pop country feeling. For this song, I did very country lyrics over the pop and EDM track.”

The proposed 25-acre destination park site is located adjacent to Wright’s Field and is currently slated to include a skate park, sports facilities and other amenities.

However some residents say the park is ill placed on traffic-heavy South Grade road and does not reflect the rural character of Alpine.

“We want to see a more appropriately sized park with less concrete, less invasive materials, more aligned with the rural location. Ultimately, we’re pragmatists and understand they’re going to do something with this land but drawing people to over 270 parking spots with no answer on how the park can be accessed without going through Wright’s field— they do not seem to care about that,” said Preserve Alpine’s Heritage member Julie Simper.

Groups of kids loudly chanted “let us play” through their masks as they marched around the high school perimeter; several held up long butcher-paper posters painted with messages of teen mental health awareness.

“Honestly, we don’t just want to play sports, we need to play for our physical and mental health,” said student Katie Romero.

“The cool thing about race car driving is that it’s a long-term career as long as you do it right. I’m working with a neurologist to make sure long-term my body will be able to handle it,” Nunes said.

Greer said community center staff has traditionally “looked the other way” when families— whether or not they were paying members— accessed the children’s play structure but this new policy formalizes the process so the center serves as a free, centralized downtown park with tennis courts, picnic areas, a small stage and a playground for residents to enjoy.

“We still need to have people complete membership forms so we can keep track of numbers. As a non-profit organization, we have to provide voting rights so we need to track basic information but we’re waiving the $60 fee for residents. They will have to update membership information on an annual basis but there is no cost to do so,” Greer said.

The facility has been closed for a full year to all events except the senior lunches that are offered twice a week to vulnerable, elderly residents but, as a privately-run non-profit organization that does not receive government funding, the center must still bring in revenue to remain operational.

Retreat Executive Director Agnes Barrelet said organizers have redesigned the entire event for this year so as many local children as possible can participate in the annual tradition while remaining physically distant to slow the spread of COVID-19.

“We have over 3,000 eggs ready to go. We’ve never done such a big event this way but having people able to start hunting as soon as they’re given their basket is a way to help with the distancing. Each kid can find ten eggs so it is fair for everyone,” Barrelet said.

The project entered into an Affordable Housing Agreement with the county of San Diego Housing and Community Development Services Department and was awarded $4.3 million through HCDS. The San Diego County Board of Supervisors approved the funding on Feb. 25, 2020. This agreement requires the development to reserve 31 units for very low-income households and six units for low income households.

The Alpine Community Planning Group recommended to deny the project.

“Just to be clear, the ACPG’s denial is a recommendation for consideration by the planning group,” said Ashley Smith, San Diego County Project Planning Division and Planning and Development Services department chief. “We did take those points into account, but when looking at all the code requirements required to be met by the site plan, we were able to make findings that those were completed appropriately. Hence why we moved forward with a decision by the director to approve the project.”

The Come Fly a Kite event, previously held on an annual basis at the park, was canceled in 2020 due to the COVID-19 pandemic.

Acting Kiwanis President Steve Taylor said this year’s event was full of joy, not just because of the young children learning how to fly a kite for the first time but also because the annual event was one on a list that would have pleased former Kiwanis President Don Lumb who recently passed away.

“This event is special. We’re trying to fulfill some of the things Don would have wanted, trying to come out of COVID. It’s the first public event we’ve held since the pandemic and we wanted it to be one for the kids,” Taylor said.

Colorful stock and superstock cars were lined up near the track, awaiting their racers, aged seven to nineteen, who raced in pairs at the Viejas lot-turned-racetrack for the day.

Kiwanis director Mike Mc- Mahon grinned from where he stood near the finish line and said it was great to be back and fun to watch the kids.

“It is exciting— you get to stand down here at the finish line and watch these kids come down and their smiles just get wider and wider as they come down the track. So much fun,” McMahon said.

President of Behold Christian Ministries Randall Torres stood in the freshly repaved driveway, looking over the neatly placed ping-pong table, barbecue station and game table, ready to welcome Alpine families to the youth center that was, he said, actually better off for having been closed through the pandemic.

“This terrible thing, all the closures from COVID, actually gave us a chance to work behind closed doors and get things done like meeting fire code, making sure things are ADA-approved so we now have a handicapped parking space and everything is accessible,” Torres said.

The event, held to help fund repairs on the circa-1898 town hall, bore some signs that it was the first major event held in the back country since the start of the pandemic. Organizer Susan Kyle Lancaster said there were some unfortunate decisions to be made, such as not being able to include local high school marching bands or host the usual large parade as in years’ past but many elements were able to be modified and ultimately the event was a success.

“We saw from the earliest days— the cruise ship, the testing, the first vaccine superstation… we could go on and on but we showed our resilience,” Fletcher said, before announcing with a wry smile that there were a few slides to present because “it wouldn’t be a COVID briefing if we didn’t have some slides”.

Since then, her 26-year old daughter, Crystal Davis has joined her in growing what started as a one-time project into a regular, monthly distribution of food.

The first run, Davis said, was relatively local. She and her mother drove meals down the mountain and handed them out to visibly homeless individuals in nearby El Cajon, primarily because it is the closest location to Alpine and there appeared to be plenty of people with food scarcity.

“We started off in El Cajon but that got us was driving through downtown San Diego by the Petco stadium. It seems like there is just an overwhelming number of homeless people in that neighborhood,” Davis said.

The event takes months to plan and club members replaced their once-monthly meetings with weekly meetings in July, just to make sure all the details were finalized.

“Friday night, we start with about 600 pounds of pork for the deep pit barbecue, and it takes lots of help wrapping it all up in burlap with seasonings before cooking it, then it goes into coolers to keep it hot until we take it all down to the park,” Duggan said.

With 48 teams competing at ballfields throughout Lakeside and Santee, the girls won all six games on their schedule and ultimately took first place, beating out 18 other teams, including the only one that bested them two weeks ago at the State tournament where they won nine games in a row and qualified for Regionals.

Tournament Director Kristi Allen said there were fewer teams than usual this year, likely due to the COVID-19 pandemic but competition was still fierce.

“Alpine’s real accomplishment was making it to here after playing in Lancaster with that heat. They won nine games in a row and Southern California has some of the better teams. There’s some competition,” Allen said.

This refund provides a 50% refund of annual permit fees to restaurants that paid, and 50% credit to those that owe annual permit fees. It also waives late fees for untimely payment of permit fees if the fees were paid within 12 month of the original due date or by Dec. 31, 2021.

“We had to cancel last year’s of course, so we are quite excited to do it this year. For the first time we are doing this as a retreat, so this is a big step for us,” said Barrelet. “We have many people signed up for the VIP tour where I will guide them through the retreat, and they will be able to discover the Retreat with me.”

The goal of the Society is to develop a Heritage Park for Alpine which includes three historic buildings. The Dr. Sophronia Nichols House built in 1896, the Dr. Nichol’s Carriage House and the Adam and Caroline Beaty House, build in 1899. The John DeWitt Museum is in the Dr. Nichols House and the houses are open the last Saturday and Sunday each month between 2-4 p.m., and by appointment.

Being named Aide-de-Camp, Silva said, is recognition of his service to the VFW and how he has conducted himself as Quartermaster, but also confirmation that post leaders are changing the local image of the organization.

The COVID-19 pandemic, along with the recent fire in Alpine hit the retreat hard financially. With a minimum monthly cost of $45,000 to operate the retreat, Executive Director Agnes Barrelet, said it is now surviving month to month, with no real sign of recovery in sight.