Eight minutes away from Alpine, on Olde Highway 80, in the former Flinn Springs Inn site, is a relatively new barbecue restaurant—Grand Ole BBQ.
Grand Ole BBQ has already been featured on television’s Guy Fieri’s Diners, Drive-Ins and Dives show for their el borracho brisket and lamb tacos. This is Grand Ole BBQ’s second location. The original, Grand Ole BBQ y Asado located in North Park, is currently under renovation.
“We opened Jan. 30, 2019,” said executive chef Ami Cisneros. “Guy Fieri’s producers contacted us right after we opened. I gave a menu and a couple of dishes of what we would serve, one of which was our el borracho brisket, the second was lamb tacos.”
Cisneros describes their menu as “authentic, central Texas-style BBQ.”
“Guy filmed in early March in a two-day taping,” said Cisneros. “He was very generous with his compliments. He loved the Frito serrano relish on the el borracho.”
The episode aired at the end of May.
“I create my own recipes, I don’t use family recipes,” she said.
Cisneros grew up in Chula Vista and her parents still live there. Cisneros created the el borracho and the lamb taco recipes.
One customer added historical perspective to the new eatery.
“I used to come when it was the Flinn Springs Inn,” said customer Tina Michel. “It was good back then but now the meats are so good—it’s on point. My favorite is the lamb tacos.”
One of the pit master team, Chris Bireley, offered a tip to anyone who wanted to have amazing meats: “Let the meat rest.”
According to Cisneros the main restaurant seats 120 and the outdoor bar, which features a concert stage, large fire-pit, and dining area in back, seats 600. Parking for approximately 100 is behind the restaurant with some parking in the front.
The cozy Texas-like, home-on-the-range décor includes two pinball machines, wood tables and booths, a bar inside and outside, eight televisions, a meat prep-room and bakery just to the right of the cashier’s station. A Wurlitzer jukebox plays tunes from country/western singers like Conway Twitty.
That bakery produces a number of customer favorites.
“Our most popular dessert is our Texas flood pie,” Cisneros said.
Of the 130 employees, some are Alpine residents like Victoria Imperial, a waitress. Imperial serves cocktails like the Texas Zombie, meads, IPAs, porters, stouts, pale ales, dark lagers, various entrée’s such as Lady Bird’s Texas Red Chili and Freddy Fender’s Chili Verde, plus desserts like banana s’mores ice cream and a variety of pies.
“I want to be a chef at a place where family can come, where everything is prepared with love and care in every tray that goes out,” Cisneros said. 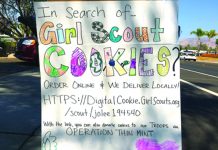 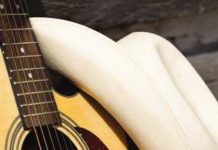 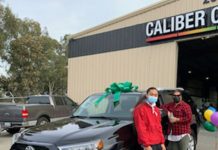